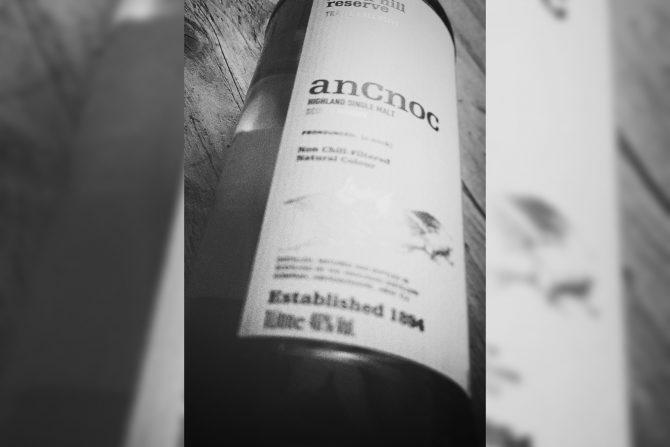 One of two Travel Retail releases from the anCnoc range launched in the first half of 2015, the Black Hill Reserve is a single malt Scotch whisky which has been allowed to mature in first fill ex-bourbon casks and bottled at 46% ABV. The name of this release comes from the name of the distillery, Knockdhu, which means Black Hill in Gaelic. – Master of Malt

Appearance: Light gold, white wine. Quite cloudy, as if there is fine sediment floating within. Quite a chaotic swirl profile, jagged tide mark and lots of quick-forming thin legs.

Nose: An abundance of confectionary sweetness with dark berries mixed in. Blackberry features heavily, along with cinnamon infused honey and some subtle lighter citrus fruit notes, such as orange. Pastry and custard notes start to make themselves known as the glass matures.

Again, it continues on its friendly theme, there’s nothing off-putting but nothing memorable either.

Finish: Medium in length. The malt and citrus linger longest. There are no unpleasant surprises and it finishes in the same ‘safe’ way as the nose and palate present. The toffee apple note is very pleasant, but not evident enough.

Overall: I’m a huge fan of anCnoc, I believe they are hugely underrated and deserve much more attention than they currently receive.

That said, this is a middle of the road whisky, but is good value for money considering the 1l bottle. Although unexceptional, there’s nothing unpleasant about this whisky, making it a good intro whisky or all-round sipper. 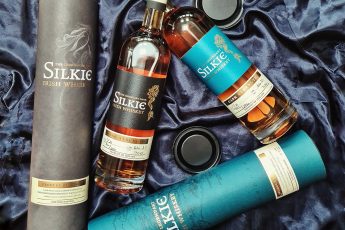 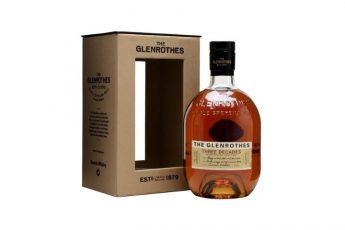