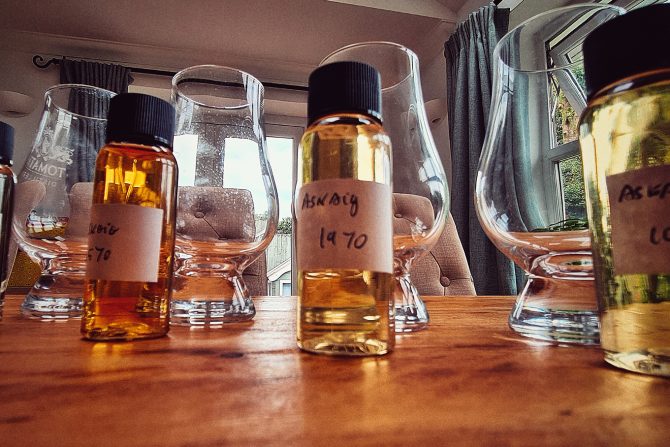 Port Askaig is named after the lovely fishing port on Islay. These mystery single malt whiskies are produced on Islay and selected to demonstrate the island’s character.

Each expression within the range is bottled in limited batches. While recognising that each bottling will vary, the aim is to achieve a consistency of quality and character over time. The whiskies are ncf and no colouring is added.

Here are my thoughts….

The youngest age-statement release in the Port Askaig range of single malts from undisclosed Islay distilleries and aged in refill American oak.

Nose: Immediate smoke. Dampened embers. There are bbq elements too, meat that’s fallen through onto the coals and are burning, sweeter smokiness as well.
There are citrus aromas behind the smoke, lemon in particular.
Quite a decent amount of alcohol vapour too, I like a hit when nosing. A touch of eucalyptus freshness on the nose, slightly cooling.
There’s also dampness (different to the dampened embers), more of a damp wood smell. Maybe artificial confectionary versions of tropical fruits, pineapple cubes etc? It’s very faint for me though.

Palate: Nice mouthfeel, not massively oily, but there is viscosity. Spicy: white pepper, a tingling on the roof of the mouth. Some dryness too. The peat dies off on the palate. I get mostly buttery baking goods if I’m honest. There’s the lemon still, but it’s more bitter now, more like the pith.

Finish: The finish is cooling and black pepper, with a touch of the buttery notes

Overall: Overall it’s an inoffensive whisky, well balanced and interesting. But it’s not something that’s blown me away.

A marriage of two vintages from 1997 and 2001 from an undisclosed Islay distillery, vatted at 50% abv, then bottled after three months to 45.8% vol. A single malt Scotch whisky from Islay, matured in Oloroso sherry butts.

It does take some work to coax out anything from this on the nose. Time seems to be the main weapon of choice.

Palate: Another one full of spice and pepper on the palate. Drying again. Some buttery notes, smokiness and chocolate.
The second sip settles down where the spiciness is concerned. Leaving the more subtle chocolate, candied ginger, cinnamon and a touch of mint. One of the few whiskies, for me, where the palate surpasses the nose.
On the last sip, there was a huge wave of oranges on the palate.

Overall: This is far better than the 8yo, much more going on and feels more of a whisky. It’s still far from amazing, takes a long time to reveal its true potential, but that’s also good in terms of revealing something new as time moves on.
It’s growing on me, a challenging whisky to get anything meaningful from, but you can, eventually!

Palate: Very drying on the palate, especially at the back of the throat. Second sip onwrads there are cherries, BBQ smoked meats and that butteriness that’s been a consistent element tonight. Balloon rubber.

Overall: It’s my preferred so far. I do like higher ABV though. It’s more

Commemorates the 10th anniversary of Port Askaig, the 10yo expression combines first-fill bourbon hogsheads(25%), refill hogsheads(60%) and sherry butts(15%) selected from a distillery close to the village of Port Askaig.

Nose: Butterscotch, toffee apple, ABV is VERY evident on the nose. Clears any hay fever lingering. Light sweet smoke, like you get when drilling into wood. A touch of watermelon maybe?

Palate: Very woody palate, that wood smoke too. That high ABV is also evident on the palate. Very warming, a good winter hip flask whisky.
That lemon bitterness is back. Oak and grapefruit, white pepper.

Finish: The finish is the bitterness, oak and whte pepper for me. Quite long too

Overall: Another one that’s ‘ok’. I won’t rush to buy any, to be honest. They’re worth a pour now and again if offered, but not for my wishlist I’m afraid. 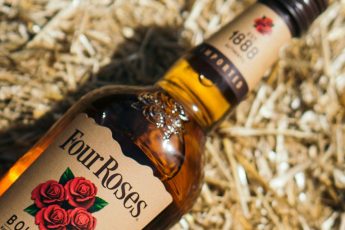 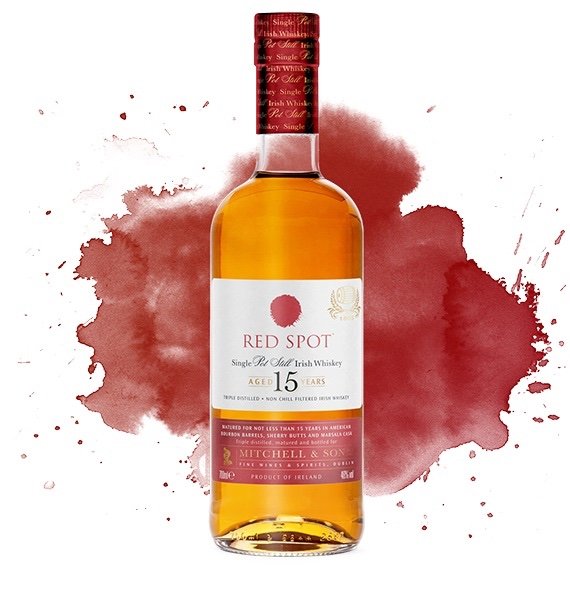