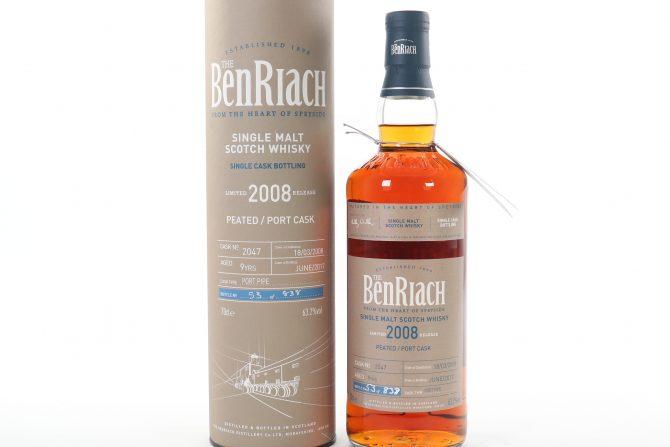 These are my tasting notes and thoughts for this whisky before it was revealed what it was.

A limited release from the BenRiach distillery. This 9 Year Old Peated/Port cask was distilled in June 2008 and bottled in June 2017 from a port pipe #2047.

This is instantly peated on the nose. There is a medicinal edge to that peat, quite germoline and sticky plasters. Dunnage, brown sauce, fire ash, and lots of red berries too. Petrachor featured a lot, chocolate coated pink marshmallows, and those fluffy pink marshmallow biscuits that were around years ago.

More time and it’s now ketchup, and it’s becoming fruitier, a veritable platter to be honest. Dry grass and botanicals eventually come through.

Quite a high ABV here, quite anaesthetising  on the palate initially, must be cask strength. There’s loads of dark notes here. I think it’s been in a Sherry cask as it’s just so spicy with lots of dark fruits. The peat is also very evident, and it mixes so well with the spices.

Long in length, and staying spicy all the way through. The peat doesn’t drop off either, with that really strong cough syrup, molasses, and unsweetened black coffee. It’s quite a dram, it’s a monster of a dram actually.

Before I find out what it is I’m going to say it’s a cask strength scotch single malt from Islay, it does remind me of Port Charlotte, which Peter put into this blind tasting in drams 1-3. I think it’s possibly sherry cask, could be a port or red wine cask too. I’m going for a Sherry cask and I’d like to say Octomore from Bruichladdich, not sure if they made a sherry cask bottling, I’ll find out when revealed.

This whisky came in a set of blind samples from my twitter whisky friend Peter – @uk_whisky, peter as well as ourselves can be followed using the buttons below. 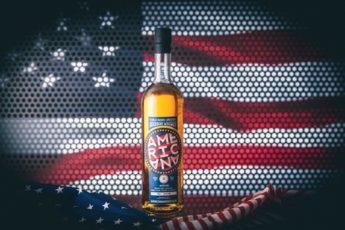 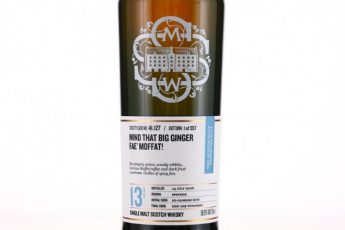