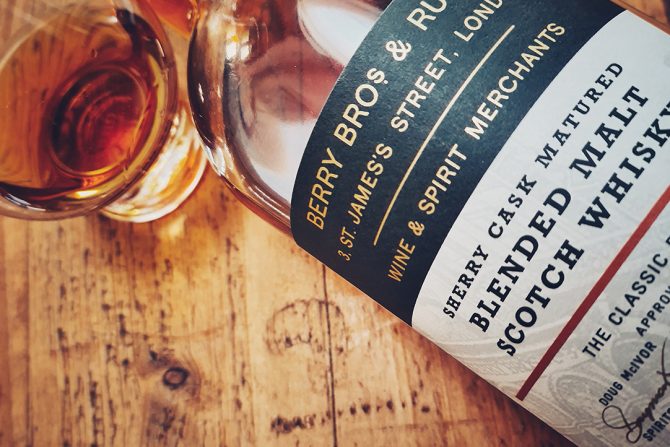 Released as part of The Classic Range which was launched in the spring of 2018. Berry Brother’s and Rudd specially selected a blend of sherry cask single malts to create this whisky.

Nose: Big hit of the sherry sweetness and heavy oak. Dries fruits thicken the nose, making the experience oozier.
Orange peel is also abundant, together with a slight butteriness and a whisp of smoke.

Palate: Milk chocolate covered raisins, along with a metallic edge (which is what I really didn’t take to when I first tried this from a different bottle). Slightly drying too.
Some black pepper, cinnamon and cloves now, a little Christmassy for me.
The orange peel is a constant throughout, in this dram.

Finish: Cinnamon and black pepper. Sherry sweetness balances and the orange lingers for the duration.

Overall: I hated this whisky when I bought my first bottle, so much so, I was assured it must have been a dud, as EVERYONE seems to love it.
I did much prefer it the second time around, but wouldn’t pay much more for it. That metallic tinge is just not pleasant for my palate.
That said, I’ll happily finish the bottle. 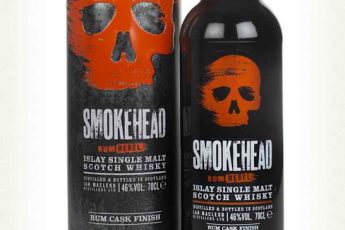 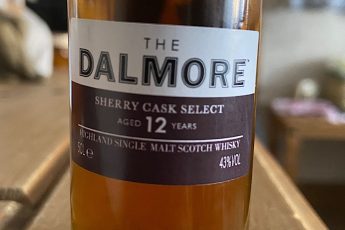