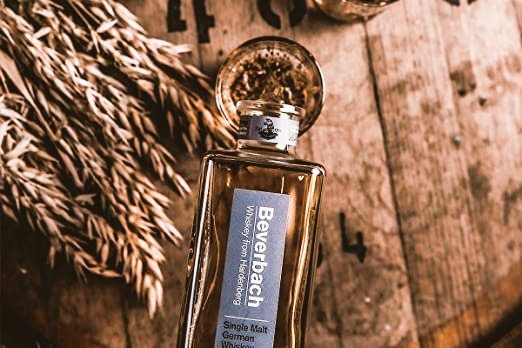 The Beverbach Single Malt German Whiskey (43% ABV) was the first premium whiskey to be launched under the new Hardenberg Distillery in Lower Saxony, northwest Germany. Named after the river that flows next to the Hardenberg Distillery.
Beverbach is double distilled from home-grown malted barley & malted wheat, unlike single malt whiskies from Scotland. Initially matured in first-fill bourbon casks, before being finished in casks that previously held brandy

Appearance: Very light, white wine, diluted apple juice. A good coating on the glass when swirled, nice medium to thick legs ooze back to the surface

Nose: Heaps of malt, confectionary sweetness, red apples and honey. It reminds me of Irish whiskey as it goes. It’s on the periphery, but there’s definitely an ethanol hum.
As the glass matures there are more honey aromas, but the initial apple and maltiness seem to fade behind the alcohol.
Foam shrimps and other sweet shop delights are still evident though, which is gratifying.
The red apple aroma has morphed into fresh green apple skin now, quite zesty and fresher than the sweet mellow red apple smell. There’s also barley in the mix too, which reminds me of pear drops. A hint of grilled pineapple at the back end of the nose. Digestive biscuits!

Palate: Nice oily delivery, peppery heat and butter. Coats the mouth really well, good start! Still malty, there’s a cough medicine edge to it now though, maybe liquorice and menthol? Cough candy twists spring to mind.
It’s a nice malty whisky for sure, well balanced too. I like how it evolves.
Getting subtle notes of lemon and ginger now.

Finish: The finish is sweeter than I expected, with the lemon, black pepper and some icing sugar too.
Well-balanced and has a nice short to medium finish. A touch of smoke right at the end of the finish.

Overall: I don’t know why I expected it to be anything less than great, and it is. It’s really nice, has great balance, nice flavours that swish in and out of the nose and palate in harmony with each other. Some great sweeter tones but also a nice robust pepperiness that is the yang to the sweet ying! 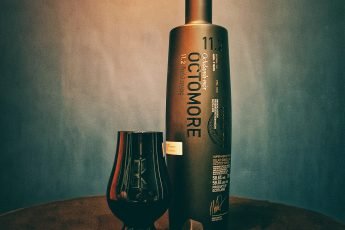 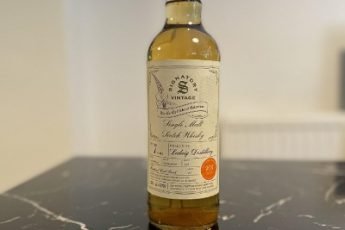