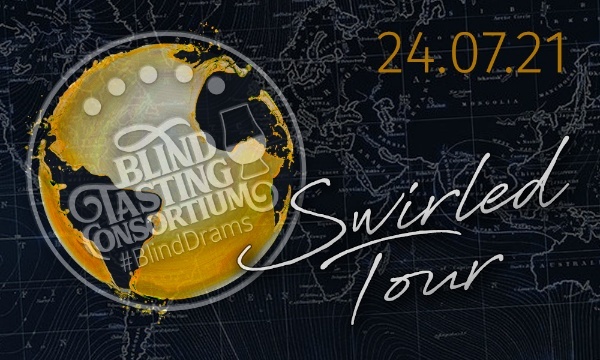 28 Whisky loving folk blind tasting 5 drams, for this session the drams were picked by Paul – @derekcuster, a follow button to Paul’s Twitter accounts is at the bottom of this summary.

The idea is to blind taste all 5 drams, rate them in order of preference, and reveal the drams after we’ve put them into our orders, so a truly blind tasting. Use #BlindDrams through Tweetdeck to follow along in future or to check out older tasting notes and sessions.

Really does linger, and quite peppery, cranberry dryness, cardamom, anise, black liquorice, cask char, I like this

I have tried more whiskies from Mackmyra than any other distillery, and a few quite rightly guessed it was Mackmyra, but i didn’t, it was something a little different from them for me. Saying that i did enjoy it, and gave it 3 out of 5 for points on the evening, and if somebody bought me a bottle i’d be rather happy with it too, i’d buy it myself too in all honesty.

OK, now it’s time to find out how the sausages are made! Our tour started in Sweden with this Mackmyra Intelligens AI. A NAS whisky with a recipe decided by some AI software before being bottled up at 46.1%. All for £49.25 #BlindDrams pic.twitter.com/V4Wo5IXqxa

Mid gold in colour, thinner swirl line, but it beads up quickly, and creates an all over film and small teardrops.

Higher ABV than dram #1, a touch of menthol, a little foresty, quite wood heavy, cream soda, a touch of tea, and stoned fruits, though they are quite light. Lemon cheesecake, flapjack, and that tea note again.

Turns out we’d had this bottling way back in session 5 i believe. Again i like this bottling, the only thing that lets it down for me is the price, it’s not a bottle i’d personally spend £105 on. I gave it 3 out of 5 points on the evening.

Dram number 2 hails from bonny Scotland and is this 17 year old Deanston, finished in Pinot Noir casks and bottled up at 50%. £105 #BlindDrams pic.twitter.com/TKSzVWWxjM

Mid gold in colour, swirl line is quite thin, and beads up straight away and has medium legs.

There is a sweetness here, takes time to come through though, perhaps royal icing, and it’s becoming dusty too. A little perfume again, dried apricots.

Nosing with an open mouth it’s quite bitter in the back of my palate, dark chocolate and cigar leaves.

Totally agree with bitterness at the back of the palate Michael

It’s spicy up front on the palate, quite a nice mouthfeel too. Cinnamon, ginger root, grapefruit/pomelo, black pepper, though not overly hot. Tropical fruits are hanging around, I’m waiting for them to come forward more.

Quite long, very warming, and I’m getting dates and figs, wood varnish, black pepper, cinnamon and ginger heat, very nice in my humble opinion. I’d buy this and give it a 4

I really enjoyed this dram, lots going on, plenty of depth, and a profile i like very much. I had no idea it’s Japanese. Going by aromas and flavours i gave this a 4 out of 5, and was my favourite of all 5 blind drams.

The third dram is this Kaiyo whisky from Japan. This is sent to sea in Mizunara casks and bottled up at cask strength of 53%, yours for £104.95 #BlindDrams pic.twitter.com/3PKiQoSxyR

This is a tough cookie, I suspect it needs time, might leave some in the glass 👍#BlindDrams

I found this whisky a little uptight, and at the speed of this tasting i felt i wasn’t getting the best out of it tbh. I did leave some in the glass and found it did indeed improve some more. I gave it 2 out of 5 on the evening, i would now lift it to 2.5 out of 5. This is far from the worst whisky iv’e tasted, but with the opposition on this evening it didn’t shine for me.

And blind dram #4 is

Trust the Danish to do something different. For dram 4 we have a 3 year old Rye whisky which then spends 6 months in Mexican Mezcal casks. They bottle it up at 46.3% and sell it on for £59.95 #BlindDrams pic.twitter.com/bzhojxAWiE

Lighter than mid gold in colour, swirl line beads up straight away, an all over film and scattered spots on the glass.

Quite a medicinal peated nose, red berries and toasted bread, pickle juice, good ABV, fruity smoke, a little foresty for me. A little germoline, but plenty of fruit for me too.

Nice ABV, and it’s more ashy on the palate, reminding me of HP tbh. Lots of fruit here, red berries, BBQ sauce, a little drying for me, pomegranate cakes and slightly over cooked meat, charred on the outside.

It’s lovely and warming tbh, a real chest warmer for me. I think a little sulphur is creeping in, it’s very faint and not enough to put me off tbh.

Nice and spicy, liquorice, cask char, cap gun caps, cigar leaves, some petrichor, I’d buy it and it gets a 4 from me.

This is a lovely whisky, i really enjoyed it, it’s absolutely packed with flavour. All the flavours and aromas are easy to find for me, and even though the strength is 60%ABV+, i didn’t think it defined the dram, it has plenty of character. With a very faint touch of sulphur i’d definitely class it as a dirty dram.

And blind dram #5 is

Finally we head back to Scotland and go for the big guns. A 5 year old Bunnahabhain Staoisha from indie bottler La Maison du Whisky. Spending 5 years in a refill sherry butt before getting bottled up for the French at 61.2%. This can be yours for £79.95. #BlindDrams

Overall i thought it was a great tasting. The Mackmyra was one iv’e wanted to try, the Deanston is a good drop, the Japanese dram was a super surprise, the Stauning needed more time for me, and the Bunna was a belter.

Thanks to – @derekcuster for the samples and images. 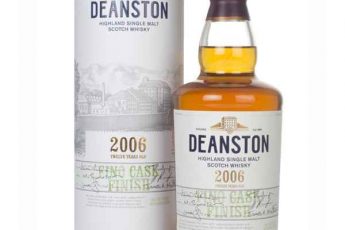 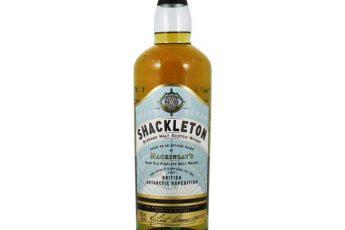