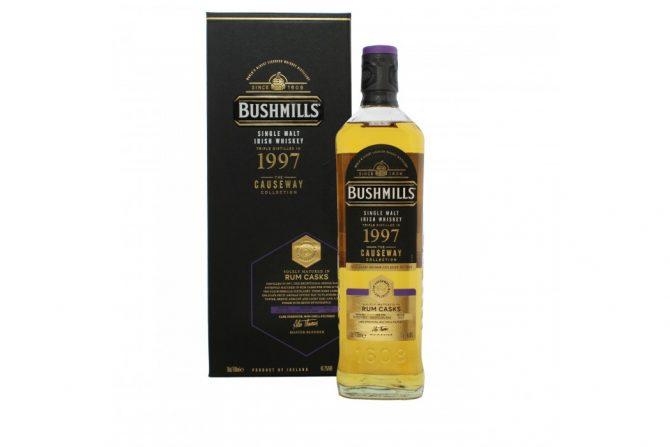 October 2022, Northern Ireland: Bushmills® Irish Whiskey unveils the next chapter of the highly anticipated range of luxury Single Malts, The Causeway Collection. To celebrate the arrival of the limited-edition Causeway Collection 1997 Rum Cask – the pioneers of Irish Single Malt whiskey have partnered with epicurean storyteller and Barbadian born Chef Jason Howard to develop a series of exclusive recipes inspired by this rare cask.

This Irish whiskey is damp straw in colour, it has a lovely thick swirl line that reluctantly drops a handful of slow thick legs.

First impressions of this whiskey are sweet perfume and lots of floral aromas, I can honestly say that I’ve not smelt another whisk(e)y like it. Honey and heather with stoned fruit pastries are slowly developing. Green grapes also come through, and in the background hints of black pepper and creme brûlée.

The mouthfeel is quite light initially, and it’s a spice bomb of a dram on the palate, the nose hides that very well. The seared pineapple chunks are here, dried apricots too, with lime cordial and greengages, toasted tea cakes then push through with an almost smokey feel. As much as it sounds obvious, rum and raisin ice cream are here, tobacco leaves and cocoa powder too.

Waiting longer brings a thicker mouthfeel, and a real juicy and dark spices combo, they work very nicely together. Black pepper and blackcurrant jam pair together next, mocha with salted caramel syrup, perhaps a touch of ginger too.

Long side of medium in length for me, and it it’s really becoming a molasses, black treacle, espresso coffee and flat Dr peeper affair. Grapefruit pith joins in late. Lots of spices still, 5 spice and cola cubes, and plenty of cinnamon.

Well, a 25 year old Bushmills, matured solely in Caribbean rum casks for that whole period of time, that’s non chill filtered and presented at natural cask strength. If you’ve spoken to me on whisky zoom tastings or on social media in general you’ll most likely know that my whisk(e)y trail started in the mid 1980’s with Irish whiskey. I stayed with the Irish whiskey for several years before trying scotch whisky for the first time. For me, trying this whiskey is an immense privilege, it happens to be the oldest Irish whiskey iv’e tasted too. so trying to keep a neutral head on my shoulders, what did i think of it?

I poured a decent drop of it, and covered the glass for 20-25 minutes, i wanted the big initial thought aroma wise, and i have to say that nose is quite unique. In tasting nearly 800 drams so far, and this one brings perfumed/floral aromas to begin with, iv’e not tried a whisk(e)y that opened with these before. The development it is nicely paced, and stoned fruits appear, followed by darker almost smokey aromas.

The nose was rather nice, and it totally hid the spices the palate offers up straight away, that brought a smile to my face in all honesty. The palate evolves with slightly different fruits, and the range is quite wide, pineapple and apricots through to blackcurrants and eventually onto grapefruit. The mouthfeel thickens with time too.

It must be a combination of time and cask type that eventually brings those wonderful darker heavier rum cask notes, that i sometimes think can blend with sherry cask notes. Overall i think this is a very enjoyable Irish Single malt whiskey, it had all i hoped for and more in all honesty. Price wise, it’s an Irish whiskey, they don’t come cheap, and it’s a bottle i’d love to have in my whisk(e)y cubboard.

This sample was very generously sent to me by Bushmills whiskey, as usual this does not impact my notes and thoughts for it. 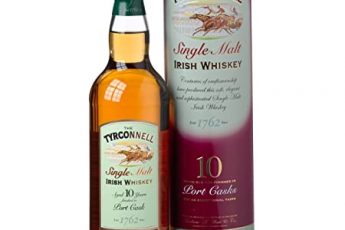 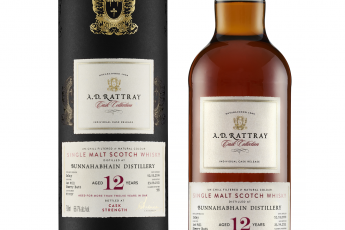