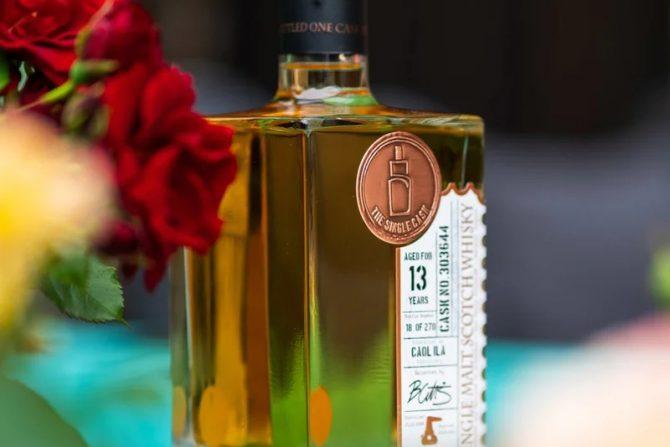 KEY FACTS ABOUT THIS WHISKY

Well, that’s some combination. Lots of peat  as expected, and a definite toothpaste freshness, it’s lurking in the background. There is a large element of botanicals in here as it develops, juniper certainly comes through. Evergreen boughs and tree bark are kind of hiding some of the cooked meats I usually get.

Ok, faint Parma violets, with icing sugar, and cloudy lemonade too, not what I was expecting to be honest. Pencil shavings/ sawdust, with unripe plums, and a heavier aroma, something like rye.

First off the mouthfeel is pretty good, and it’s syrupy sweet canned peaches and pear halves. The peat is here, you can taste it, but it doesn’t run riot. Vanilla custard and red berry strudel, cinnamon too, and red apple skin.

More time and it continues to be fruit/peat forward. The petrichor I usually get with Caol ila isn’t here, which is no bad thing, the fruits are lovely. Germoline does show up, but it’s quite faint, and in general the dram isn’t medicinal. A touch of salinity on the top of my tongue does arrive, a very Caol ila thing for me.

The finish is long side of medium, and becoming spicier. Now we’re getting tea cakes,  raisins, black cherries, and a mix of black and white pepper. Virginia tobacco, an almost bitter shandy taste, and black liquorice close the dram for me.

Publishing tasting notes requires putting all your previous distillery tasting notes to one side, as much as possible. Hopefully this resets you for the dram you’re about to taste, hopefully.

When i take a first sniff or taste of a dram and it smells and/or tastes like nothing you’ve tasted from that distillery before, all the previous tasting notes come flooding back, and the differences are immediately obvious. This is my experience with this particular Caol ila.

It may sound that i was unhappy at this situation, but i was far from it. When i come across whisky that doesn’t fit the usual square hole i’m in my element, this is what excites me. This particular Caol ila is delightful. It has peat, but from then on it’s rather fruity, with darker fruits towards the end. The one thing i did get here, that i get with more usual tasting Caol ila drams was the salinity on the tip of my tongue at the end.

Can you guess that i’d love a bottle of this at home? It’s one the nicest Caol ila’s iv’e tasted to date. I will add that if your’e looking for a high ABV usual Caol ila dram, this may not be for you, but if your’e feeling more adventurous, it might just be the right dram.

A big thank you goes out to Jason – @jason85388511, a whisky friend over on Twitter, for this super sample. Please do give Jason, along with us, a follow on Twitter using the buttons below. 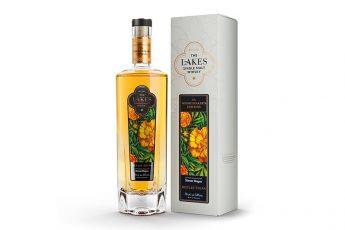 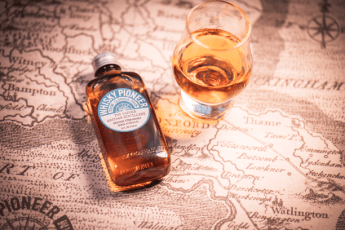