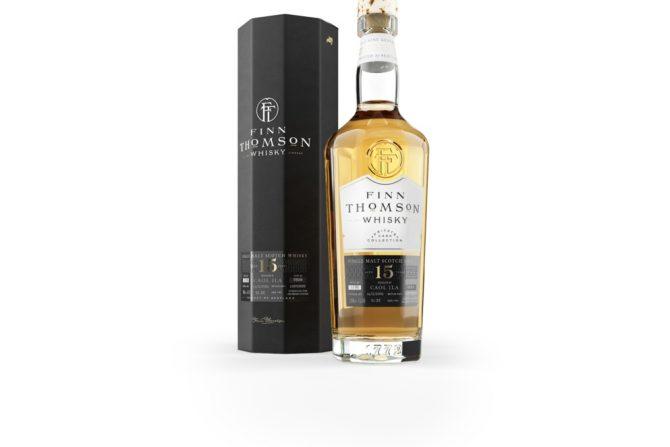 As the ninth in a long line of Thomsons who have shaped their lives around whisky, it has always intrigued me how a single family can produce such different characters and creations. This cask reminds me of just that. It was one of three Caol Ila casks of the same vintage that were re-racked into different types of sherry back in September 2020. All shared a history but have forged very different futures. Having sampled all three regularly over the past year and a half, this cask has exceeded expectations in its rate of maturation and depth of flavour. It is now time to bottle – the other two shall slumber on for the time being.

Well now, this isn’t your average Caol ila, I know what to expect when I usually taste Caol ila, and then I find one that takes a sharp left or right turn, and this is why. I usually find them immediately peaty and coastal, with petrichor, and quite often with a salinity.

This Caol ola is very rounded, the nose is telling me it’s very well married, because the aromas are as one, which I don’t usually get.

Yes there is definitely peat here, but it’s really oily, it’s vegetal and has aromatic wood, a little tree bark like too actually. The peat is coming across similar to Germoline, with a sweet sticky sauce on bbq ribs. What’s impressing me is their unity.

Note time and tropical fruits and digestive biscuits start to appear. The oiliness and sweetness work rather well together. I’d say there’s some pickle juice and botanicals here also, faint but there for me.

The mouthfeel is good, and my initial thought is that the palate is also well married.

The peat is upfront, with raisins, and pontefract cakes. Cigar leaves are here in spades, candy floss comes through, mixing with grapefruit pith. Towards the end of the bulk of the palate it’s flooded with PX sherry cask flavours. Figs, black grapes, blackberries, and dates mainly.

The finish is long side of medium in length. And very much a continuation of the bulk of the palate. The spices are still here, and it continues to stay so nicely married until it fades.

Caol ila whisky is one that in general doesn’t seem to vary in it’s character very often for me, i know what i expect to smell and taste if poured a drop. This bottling just isn’t the “expected” Caol Ila i’m used to. Finn Thomson’s own words say that this cask has unusual depth, and usually that’s just advertising, but in this case i have to concur. I have tasted one other banger of a Caol ila, and it has stuck in my mind for it’s uniqueness, and this bottling will join it there.

As soon as i took my first inhalation from the glass i knew this was different, and better than the vast majority of Caol ila’s iv’e smelt and tasted so far. It’s the marriage of those aromas and the flavours i’d move onto that make it stand out, they are beautifully wound together. Each aspect can easily be found, and it does develop nicely over time too, i found it a dram that genuinely made me “smile”. The satisfaction of tasting something taboo from a distillery, that perhaps should’t exist, but your’e pleased that it does.

Needless to say i think it’s a cracker of a whisky, perhaps even a top 10 dram for me, and definitely in the top 2 Caol ila’s iv’e had the pleasure to taste. Very well done indeed to Finn Thomson, they’ve bottled a whisky i’d love to have in my whisky cupboard. 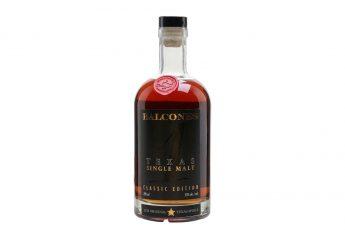 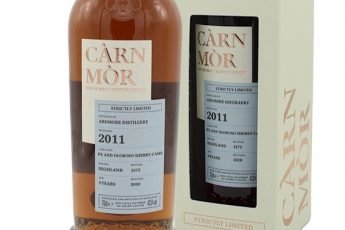