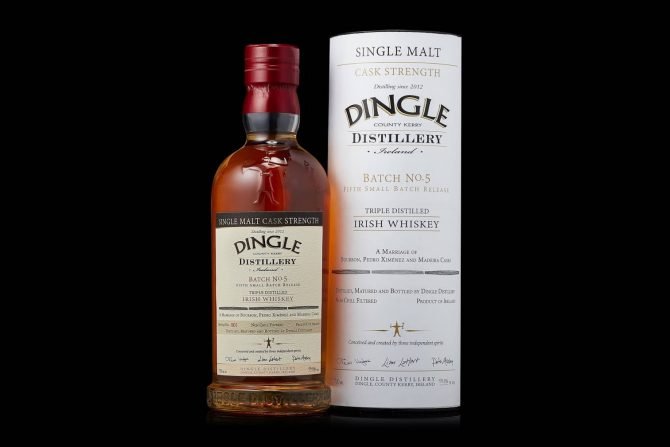 The fifth release comprises of malt whiskey that has been matured in ex-Bourbon, PX and Madeira casks. This was the first such release from Dingle. Bottled at 46.5% and non chill filtered.

This was the biggest to date, with a total of 36,500 bottles. The release included 500 bottles at cask strength (59.3% ABV) as a tribute to the 500 Founding Fathers (and mothers), the people who backed the distillery at its foundation by each investing in a cask of the first spirit to come from Dingle’s stills.

I’ve come back to this whiskey, now that the bottle’s been ‘open’ for some time, to note the differences.

Nose: little ethanol, which is nice, as it lets the wonderful aromas rise un-encumbered. Christmas spices, especially cinnamon. Strong stewed apples and sugary crumble. Smells glorious, so dessert-like it takes you back to Sunday roast pudding!

Palate: Beautiful oily mouthfeel. Earthy, damp forest floor, mixed nuts and chocolate. After a few sips, there’s butter and more Christmas spices.
There are also herbal notes that weren’t evident on the nose.
Slight drying on the back of the tongue, toward the end and into the finish.

Overall: I preferred this in a younger bottle, but it’s still a great whiskey. The earthy and metallic tones have become more prominent but have had minimal impact on the Christmas spices and butteriness that make this whiskey memorable. 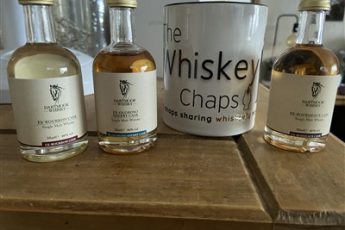 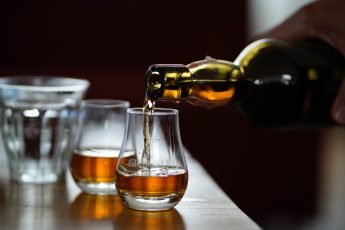