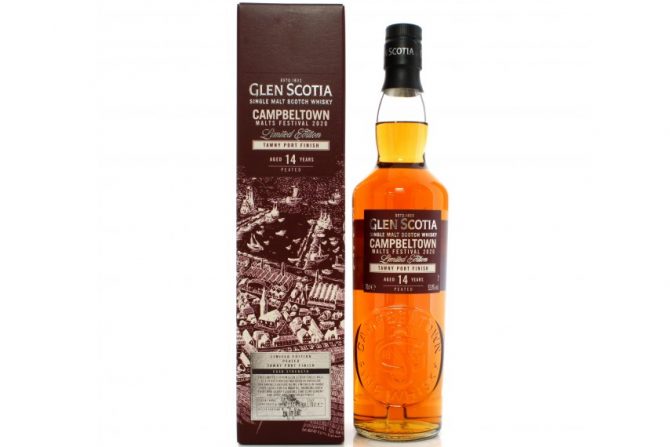 The limited-edition Campbeltown Malts Festival 2020 bottling from Glen Scotia. The peated single malt was distilled in 2006, and was initially matured in a mix of refill American hogsheads, medium char American oak and first-fill bourbon barrels before being finished in first-fill Tawny Port hogsheads. Bottled at 14 years old at cask strength, at 52.8% ABV.

Palate: Lovely oily delivery, full of sweetness, ashy smoke like a dying fire, mild chilli heat and a nice warming hum from the ABV. Makes the front of the tongue tingle!
Dried fruits and plum, covered in black pepper next, the heat builds quite a lot with this one, warms the chest. This would make a great winter sipper in front of the fire, watching a good movie!
Cellar dustiness, leather and polish are in the mix now, another one that reminds me of a grand hotel lounge, watching the world go by in the late evening.
Peach fruitiness lingers beneath that peppery/chilli heat. Took a while to identify, but it’s there.

Finish: Peaches, chilli and black pepper and a touch of that smoked meat. The last flavours before the long finish vanishes are pepper and sugar.

Overall: Spicier than I’d imagined it would be, was expected a fruit bomb. I really like it but would prefer a little less chilli heat. It built to an almost unpleasant level but luckily faded before it hit critical mass. 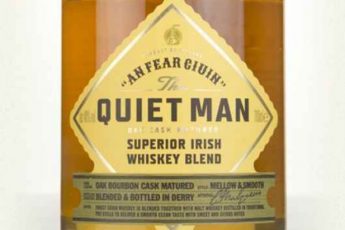 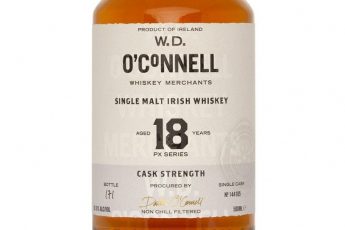