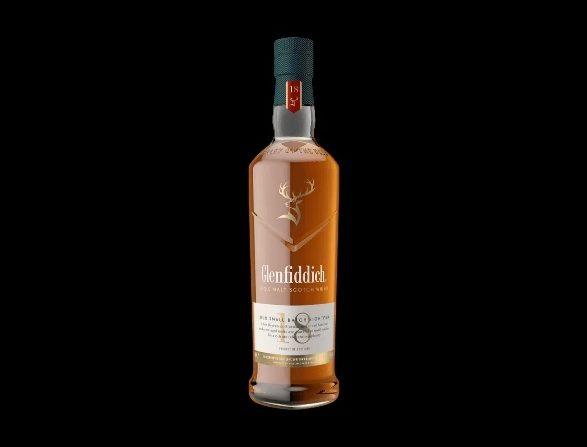 This whisky is matured in Oloroso sherry and bourbon casks. (New batch notes have been added in brackets).

Back to an orangey gold colour with this one. The swirl line and legs are an all over the glass coating this time, perhaps a first for me. #thewhiskeychaps

Glenfiddich 18yo Appearance: SImilar to the 15yo DE, but slightly diluted in colour. Light auburn/rose gold. A thin film forms with a hairline swirl mark. More of a chaotic jumble than legs and teardrops. #thewhiskeychaps

Initially this is lighter on the nose, and more difficult to pull apart as the nose is so well married. Light stoned fruits I’m thinking, Virginia tobacco, cheesecake base, golden syrup, and digestive biscuits. #thewhiskeychaps (more vegetal notes, with greengages, some pineapple, apricot flapjack, and vanilla).

Nose: A strange nose initially. Varnish, cheese, oak and a red fruit sweetness. Not much in the way of ABV on this one.
#thewhiskeychaps

Well, it tastes cold on first contact, I’ve never had that before, it’s not actually cold, but it tastes cooled, and it makes it feel like drinking mineral water.

A white wine sweetness comes through, with icing sugar. Then wood wax, it’s nice and warming too. It is a slow burner this dram, patience is definitely required. Red berries are slowly coming through, and zesty orange, milky chocolate is here also. #thewhiskeychaps

I’ve not had anything quite like it, it’s just flat and flavourless, if someone bought me one I’d be disappointed to say the least. #thewhiskeychaps

The finish is medium long, and much like the bulk of the palate, with floral flavours, rose water and red apple skins.

Initially i took the marriage of the nose to be a slow burner that would open up, but it didn’t. The palate was like drinking warm mineral water, unless there was something very wrong with the samples we had (which we paid for from a very reputable source), this whisky is flat for me. It lacks nose and palate, in fact i disliked it so much that i didn’t get as far as the finish, a first for me. (it seems there was something wrong with our original samples, and i wanted to put this right.

With the new sample, which would also be a different batch i presume, we have a nice dram, the nose and palate are both rather nice, but i will say they do come across rather restrained in character, i’m presuming it’s the low ABV that’s doing it as iv’e tried high ABV Glenfiddich bottles and they were super 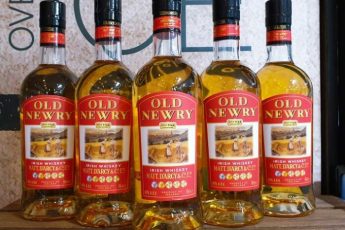 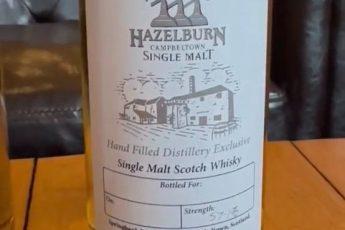