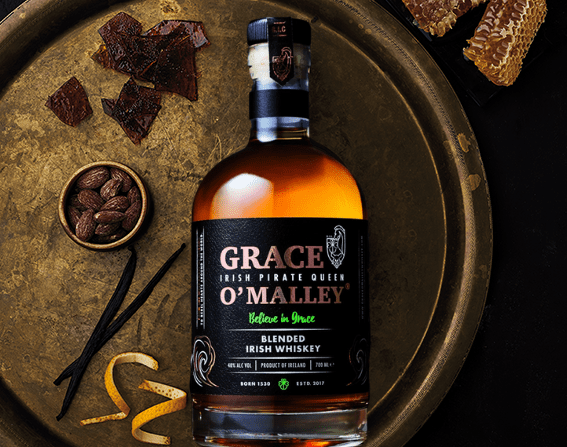 These are my tasting notes from tasting this whiskey as a blind sample.

Grace O’Malley Irish Whiskey is a special blend, combining multiple batches of whiskey of varying age statements from three to 10 years old. Each batch of whiskey is matured in a range of barrel types, including French oak. Casks are hand selected according to each whiskey’s characteristics, including grain whiskey aged in ex-bourbon casks and malt whiskey aged in ex-rum barrels. The resulting blend delivers a whiskey perfectly balanced between flavour, age character, complexity and smoothness.

It comes across as higher than 40% ABV, and very fruit sweet. Juicy apricots and nectarines fruit medley, then onto icing sugar, wood shavings and royal icing. Pineapple cubes start to come through too. Initially it is refreshingly sweet forward.

More time produces a sweet perfume note, and as it develops further we have some heavier dunnage and earthiness. Towards the end there’s liquorice, ginger root, cinnamon, and it’s becoming more spicy.

Seared pineapple slices, cinnamon, a touch of anise and cardamom, and those sweet sugar coated jelly lemon slices bring the palate to a close.

Milky coffee, black liquorice, anise, long side of medium in length, and a slight bitterness persists longer on its own. White pepper still comes through, root ginger again, and a touch of bitter lemon.

Having no idea of what i was tasting really makes me think about the aromas and flavours i’m finding. Even though this isn’t one of those “benchmark” whiskeys for me, i really enjoyed it. Initially after removing a glass topper from the glass it came across as being higher than 40%, it did soon calm down a little.

After the initial juicy fruits it develops nicely, slowly becoming spicier and then becoming more bitter, which i will say i really like. One thing i did notice was that after sitting with it for over an hour it does tail off a bit, and i did wonder if it was a blended whiskey at that point.

As a decent sipper and one of those whiskey’s you’d pour that’s not heavy going on a warm/hot day, it’s perfect. At around the £30 price range there’s plenty in it, and i would definitely buy a bottle, i found it quite refreshing in all honesty.

Thanks to Paul/@ _PMcDermott for the blind sample.

Now for something completely different 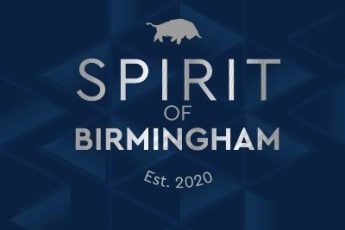 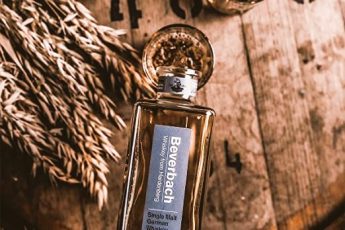