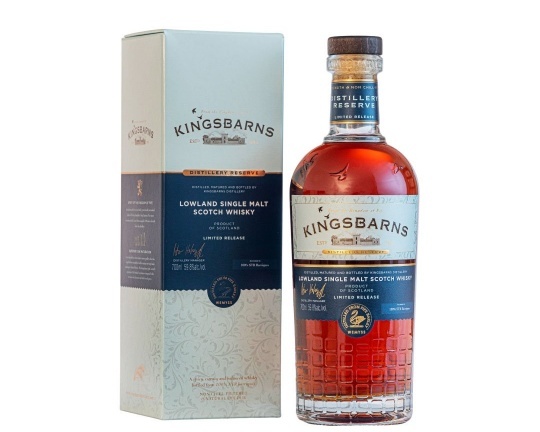 The following notes have kindly been uploaded by Jack Rogan, @scotchjak. You can follow Jack on Twitter, using the button at the bottom of this post.

How long has the whisk[e]y bottle been open? – Over 6 months

Introduction to the whisk[e]y (casks used, distillery, is it a special release etc) – Kingsbarns is new by whisky standards but in an age of constant new distilleries arriving onto the scene many of us have at least heard from them, if not tried something from them already.

Started by a Kingsbarns links caddy and now owned by the Wemyss family brand they are producing a light, fruity spirit that, despite its age, is making a mark. They have their standard Dream to Dram at 46% matured in a mix of ex-bourbon and STR (shaved, toasted and recharred) casks and the Family Reserve which is a cask strength version of the same cask combination. For those who don’t know STR casks create what many feel is a combination of refill and virgin oak character. Both are non chill filtered and natural colour – proof that good casks mean age doesn’t matter as much as some might make you think!

This however is a limited edition that I understand is now sold out, and so it should be. A stunning cask strength dram that whilst to some may be overpowering shows the power that will come from this little corner of fife. I did a tour not too long ago and discovered that the whisky doesn’t mature in Kingsbarns but at Inchdairnie Distillery in Glenrothes about 45 minutes away. So at least it is lowland distilled and matured. They also use only fife barley, but admit on the tour that due to such a small batch size it has to go to a matings in yorkshire as this was the closest place that could guarantee the same batch being returned with no ‘contamination’ from any other barley/area.

The bottle has a unique story too. The squares at the bottom are an homage to the doocot which is the main feature you see driving in, tall and looking over the distillery (it also houses the first cask filled). Then at the top in the glass are birds, another nod not only to the pigeons once calling the doocot home but to the coastal birds found floating above the distillery.

Appearance – Ruby red, thin, very feint tears rolling down the inside of my glencairn. No cloudiness despite the NCF and simply stunning.

I remember when I first unboxed this, the colour blew me away given that at best this is 5, maybe 6 years old!

Sticky toffee pudding is immediately what I think of, followed by a hint of treacle just as the tin is opened, imagine opening up a tub of hard boiled custard and cream or sour ploom sweets. Just the overall sweetness which is intense whilst also not overpowering you.

Palate – Here we get the lowland spice that you also get from the Dream to Dram and Family Reserve ‘core range’. That spice is measured when you consider how strong this is.

There is a mouth coating, tingly feeling here like the end of a sherbet powder I used to get after school. In general this whisky reminds me of a pick n mix of hard boiled sweets, sugar covered sweets (though not quite haribo tangfastics) and even red wine/mulled wine poached pears.

Finish – There remains a tingling, sweetness for a good amount of time after the swallow but nothing at the back of the throat. In that respect it is smooth as silk on the way down, impressive!

Just a lovely, light sweetness that will likely be different for everyone.

Overall thoughts – These notes may seem to some a little airy fairy but I firmly believe that a whisky can be good purely because it reminds someone of times and places. This reminds me of the sweets that led to many dentist visits but I can’t exactly say what sweets, just a rough category.

I can’t fault this dram in any way. Yes, at around £60 when released, for a 6 year old (max) it is a bit pricey but then again I have paid more money for less interesting bottles before. This was a Christmas present but I asked for it, would I have regretted spending my own money? Definitely not.

Would I buy another? Perhaps not given Kingsbarns will likely keep coming out with new expressions to test the waters of what they new make spirit can do, how robust it is combined with a fresh oloroso sherry butt, a virgin oak etc etc.

If you happen to go into a shop and see this, you won’t be disappointed!

Many thanks to Jack, @scotchjak (Twitter) for submitting his tasting notes, both comprehensive and informative. 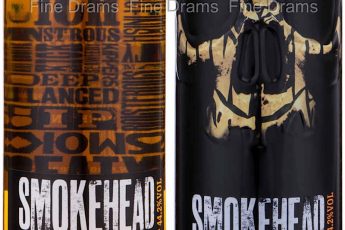