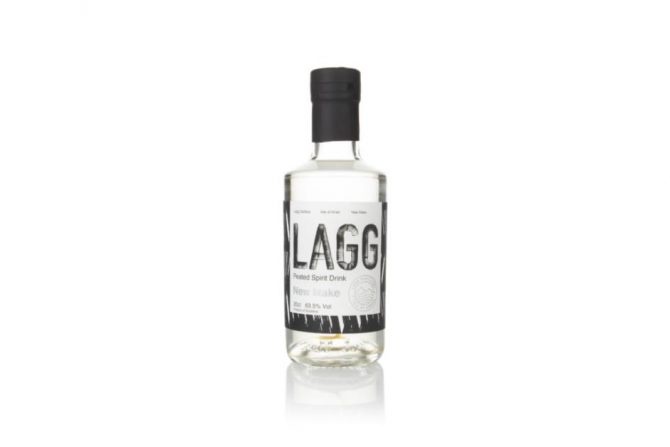 The following notes have kindly been uploaded by Jonathan Stephenson, @Jonnyraccoon1. You can follow Jonathan on Twitter, using the button at the bottom of this post.

How long has the whisk[e]y bottle been open? – Newly opened.

Introduction to the whisk[e]y (casks used, distillery, is it a special release etc) – This heavily peated new make was distilled by Isle of Arran Distillers at their new Lagg distillery. It was bottled and released in 2019 following Lagg’s official opening, allowing a bit of insight into what Lagg peated single malt will become. Distributed directly by the distillery, this is available on their website for £16.99 sterling for a 20cl bottle. Natural colour; no chill filtration. 63.5% abv.

Appearance – Clear, quite oily. Long legs in the glass. No cloudiness until water is added.

Nose – Clear and crisp and immediately olfactible from several meters away after pouring. A punchy and impactful beginning nosing the glass, a bit hot. The peat is rich, fresh and tangy, with dark oily smoke wrapped around it. Ethanol. Surprisingly fruity, with mandarin oranges, tinned peach syrup, maybe some pear. A little touch of white pepper. Something a little like fresh peppermint leaf. After adding some water, some savoury notes emerge in the nose, slightly protein edged like ham, a little vegetal like fresh broccoli, further balancing the sweetness.

The overall impression is lightly industrial but sweet, complex and surprisingly approachable.

Palate – Viscous, buttery texture. Mouth-coating. A sharp hot arrival on the tongue that quickly subsides into a big wash of flavour. That raw tangy peatiness takes centre stage again, along with voluminous charcoal smoke, like a fire pit.

The fruitiness is still all there, behind the smoke, and it really brings some vibrancy: mandarin oranges again, peach, a little sliced apple, some pear, even pear drop sweets. Undercutting those notes is something at the back I can only describe as a lightly sweetened petrol, but not in a bad way. A bit of lemon zest and some more of that slightly savoury vegetal note towards the end. Again surprisingly approachable and enjoyable; happily sippable.

Water: As you might expect, the more water added, the more that firey heat diminishes. Initially a little water brings the smoke rushing to the front. A bit more and the smoke subsides a bit, leaving room for the fruit and veg notes to express themselves with more prominence. The overall sweetness stays throughout, with grassy notes behind it. There is a good deal to explore here if you take your time; it’s difficult to drown this one.

Finish – As expected, a nice long smoky peaty finish that stays with you. You almost feel as though you might exhale a puff of smoke after the last of the liquid is gone. The final flavours on the tongue are complex, a bit zesty like lemon peel, something like machine oil, then something umami like smoked ham right at the end, hard to pin down but it really rounds things out. Dash of white pepper. Makes you go back for another sip.

Overall thoughts – I really enjoyed this, it’s more complex and interesting than I had anticipated and really lends itself to patient sipping. The peat and smoke are of course the stars of the show but there are layers underneath that really make things interesting. Having enjoyed a range of peated expressions from Arran’s Lochranza distillery I think I’m noticing a difference in the style of peat smoke here, a bit heavier, earthier, more intrinsically sweet without relying on barrel sweetness. But of course I’ve never tried Lochranza’s new make so the jury is out in that respect.

Overall, Lagg have made some nice raw spirit, with plenty of room for interesting development. If you’re curious I’d certainly recommend grabbing a bottle as it’s actually enjoyable already and more than worth the price for a small bottle. I’m excited to see what will happen to this after a few years in the barrel, there’s a lot of promise here.

Many thanks to Johnathan, @Jonnyraccoon1 (Twitter) for submitting his tasting notes, as comprehensive and informative as usual. 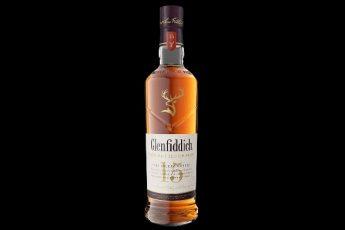 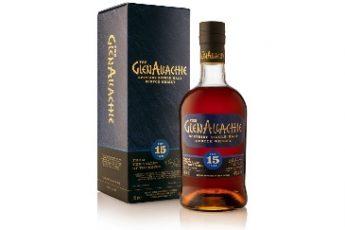