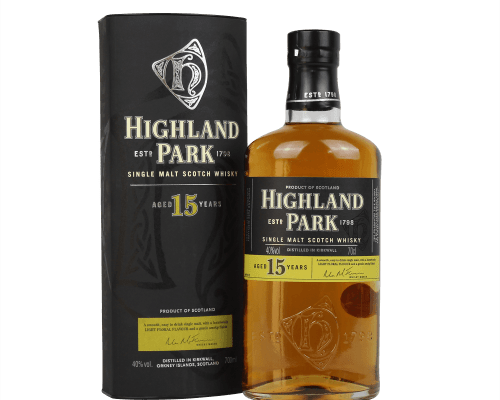 The following notes have kindly been uploaded by Jack Rogan, @scotchjak. You can follow Jack on Twitter, using the button at the bottom of this post.

How long has the whisk[e]y bottle been open? – Over 6 months

Introduction to the whisk[e]y (casks used, distillery, is it a special release etc) – I will be the first to admit I have a soft spot for Highland Park. I think many of us have a few drinks that whilst perhaps on later reckoning may not be particularly exciting, will always bring a bit of warmth and joy to us. For me, Highland Park 15 is up there next to Scapa 16. Sensing a theme here?
It was a uni field trip to Orkney and I got wind of the Orkney Hotel, Royal Hotel, whatever it was called, I just remember having a cracking time with two old boys I got chatting to, in a bar, over some vitamin T and whisky. Having interviewed a local business owner who said I simply had to try Scapa 16 I scampered down to the hotel from my hostel, abandoning my uni classmates and wandering in to what was basically Mecca, and yes, I include Dufftown or Aberlour in this realm. 800+ whiskies lining the walls in cabinets with more HP and Scapa than I think even they have on site.

So after a pint, a Scapa 16, and a couple of other whiskies with these two fun guys, they said HP 15 was next for me! I knew then, much as with the Scapa, I had to own a bottle in my life. For my 23rd birthday last year I was gifted a bottle purchased from amazon. Oddly, despite its discontinuation for some time it still seems reasonably easy to get a hold of if you look in some odd places ie Amazon.

So, enough rambling, the whisky itself. Bottled at 40% and free from any NC or NCF statement you would normally be safe to assume it has plenty 150e and chill filtering going on. Not always the case for Highland Park given their owners Edrington who also have Macallan where they do neither. I’m trying to get better at judging the proof once I have tasted the pudding so I haven’t done any digging here.

Appearance – You have a lovely golden amber colour you would expect from a good ex bourbon or mixed maturation over 15 years in decent wood. When swirled the spirit coats the glass in a thin film all around and this slowly comes down, almost like a rolling haar coming in from the ocean, all at once, slowly, all engulfing.

Nose – The light peat smoke you expect from Highland Park, so light you almost miss it. Alongside this the beautiful smell of Christmas spices lingering long after the decorations are gone. Cinnamon, baked apples, vanilla, and hints of toffee apples coming from halloween, really a seasonal all rounder. After another good swirl, slightly burnt fruit crumble.

Palate – Bonfire wood smoke. Reminding me of camping in China with the local nomads cooking up a treat. Rich and warming with some lovely spices that you might expect from a mild tex mex spice palate. Almost a crossover between a basic easy drinking blended whisky and a top shelf aged tequila. I swear I’m only a couple of beers down whilst writing this. I can’t quite put my finger on it, there’s just something really enjoyable here that I don’t want to over dissect , wood smoke coming through and that is mingling with the southern/mexican spice palate I know. Sounds wrong, but it is amazing here!

Finish – A nice mellow spoke and spice, the nose and palate coming together nicely so as to fully compliment each other. Certainly not mouth coating but still creamy while remaining light and pleasant, a gentle burn as it goes down.

Overall thoughts – This is just the sort of whisky that is fighting the haters on the NC/NCF/46% bus. Something tells me that if this was bottled at 43% that would almost be the sweet point. Much higher and this might be a spice bomb and there’s other malts and blends for that. At the time this was around £85 a bottle when it was bought last year, a quick look shows it retailing around £95-105 a year on. Not unexpected given they don’t make it anymore.

I think this is one of those I’m happy having had one of my own. Maybe if I had money spare and there was nothing else on the market I fancied I might buy another. For now, this one is nearing bottle kill and I’ll be sad to see it empty, but glad that after that night in the Orkney bar I did manage to get one of my own.

Many thanks to Jack, @scotchjak (Twitter) for submitting his tasting notes, both comprehensive and informative. 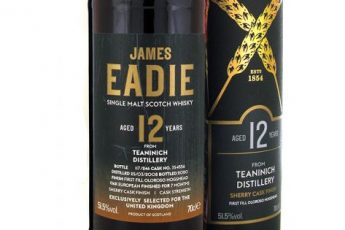 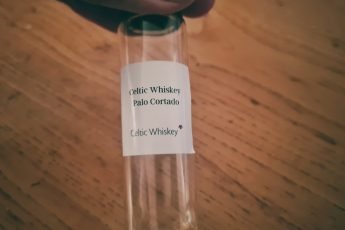