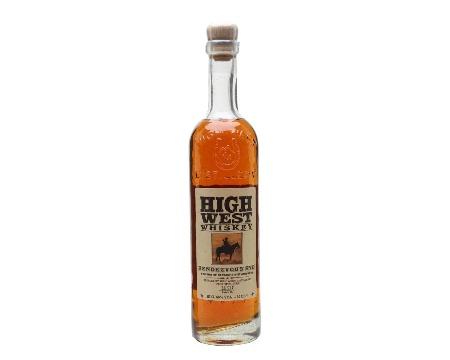 Rendezvous Rye is named after the first recorded “Whiskey Fest°. From 1825 to 1840, the *rendezvous” was the annual summer gathering of mountain men to exchange pelts for supplies. Alcohol was not one of the ” supplies” at the first rendezvous. This oversight. was quickly corrected with a generous supply of whiskey at the second rendezvous in Utah’s Cache Valley (and all subsequent rendezvous!).
Rendezvous Rye is a blend of two straight rye whiskeys, firstly from their distillery with an 80% rye, 20% malted rye mash bill and secondly from MGP, in Lawrenceburg, Indiana, with a 95% rye, 5% barley malt makeup.

This is a real orange and mid gold in colour, and the swirl line on my Copita glass is fairly thick. It gives an all over film on the glass initially, and eventually drops a handful of slow thick legs.

At first nosing i think it comes across higher than 46% ABV, and being of high Rye content i’m getting plenty of spices and black pepper. But, i also noticed it’s rather well married too, nothing is trying to take control, and thus too much.

Cherry throat lozenges come to me first, mixed with a botanical aroma, and old style bubble gum, back when i used to get 10p for sweets on a friday (or more if i did stunts on my Raleigh Chopper bike #noteddiekidd).

Waiting even longer and i’m getting furniture polish mixed with menthol and something quite sweet, let me think, royal icing and possibly parma violets. There’s also toasted tea cakes, and i’m finding the sweetness playing more of a role, let’s get tasting.

The mouthfeel is medium thick initially, and the menthol from the nose is here on the palate too for me. The toasted teacakes come across also, and it begins to spice up. Hazelnuts meet dark chocolate, cinnamon and wood wax, linseed, and honeycomb, it’s quite a mix.

More time and darker fruits are coming through, it’s leaning towards a sherry cask whisky actually. Vanilla and 5 spice, and a little drying too, and i’m going to say grapefruit pith also.

Iv’e seen High West whiskey on websites and social media, and to be honest they weren’t on my hit list of drams to try, and this is the reason i subscribed to Whisky Pioneer, even though i’m around the 780 whiskies tasted mark they bring something new to me, and i really enjoy that.

I have to say that i do enjoy Rye whisk(e)y, and this is a well rounded and married one in my opinion. This whiskey is unique in that iv’e not tried another quite like it, it’s delightful, it suites me rather nicely. At this point i could see folk who love a ripper of a Rye whisk(e)y finding it…..sweet too, it doesn’t slap you, so if your’e after something feisty give it a go by all means, but it may be too balanced, but for me, it’s a cracking dram, i’d definitely enjoy a bottle. 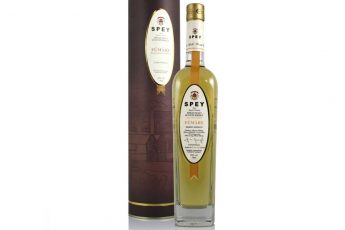