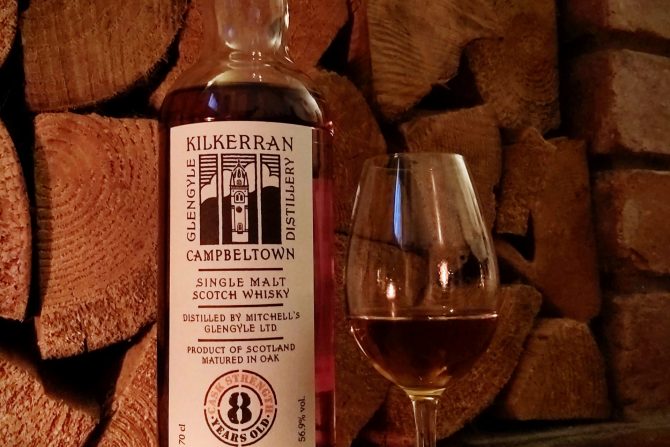 How long has the whisk[e]y bottle been open?

At first blush this is a blunt, sherry-heavy nose that greets you with an almost sulphuric intensity, bordering on bitter smoke and ash. The ABV itself is inoffensive. Given time to expand and wake up there is significant depth behind the big stormy beginning.
There are notes of salted fruits, baked blackberries, strawberry preserve. Even a pop of fresh raspberry at the back. Raisins and dried oranges move in too, and that typically Kilkerran note of fizzy lemon emerges nicely from the background.
What’s missing here, oddly, is the ubiquitous Campbeltown signature note – the dunnage “funk”. That said, there are instead some lovely complex layers here; cacao powder, soft maltiness, light sesame.
Old books. Meats too, cooked ham, salty bacon snacks, a little sea air and a whisper of damp ashes. Peat?

Kilkerran’s own tasting notes suggest “soft” and “delicate” peat; this is reportedly made using the same lightly peated malt as the Kilkerran 12.
Any peat in the nose is honestly hard to discern but there is certainly a nice light forest-floor mulchiness here that is also present in the bourbon-cask iterations of the Kilkerran 8 CS series.
Unexpectedly mouth-watering.

The nose has a lot to offer but does require patience.

A nice thick texture but a sharp nip from the ABV. Spicey with clove and slight jalapeno pepper. There’s a brief introductory note of dark treacle with bitter chocolate that leads directly into a big, dry sherry-filled punch, with baking spices and warm sweet stone fruits along for the ride.
Raisins. A slightly ashy sulphuric edge that settles down into some dark, salty sweetness like a smokey sticky barbeque. Any peat? Perhaps a little bit when this is tasted neat any peatiness struggles to emerge from under the weight of the sherry cask.
Water: With a dash of water that sulphuric edge calms down further, the heavier sherry notes ease off a bit and the dram really starts to come into its own. The balance between the sherry influence and the base spirit becomes more harmonious; a sweet, smoky barbeque glaze, accompanied by a mulchy, earthy richness underneath.

Dare I say, even the remnants of the acrid sulphur notes are really working as part of the whole now. And there is indeed gentle peat now expressing itself, combining with the wood tannins and the now fruitier sherry influence to produce something almost sweetly herbaceous.
That’s more like it; this is much closer to what I was hoping for. There are lighter elements to this whisky that can be nicely drawn out: red fruits, chocolate, even fudge.

This really is one to explore.

Lingering oloroso bitterness, sweet smoke, a little acrid. Lemon juice. Here’s a flash of mint trailing at the end – where did that come from? A long finish.
The Empty Glass Smell: a zing of fruit, a shadow of that earthy peat, a little raisin.

The bottle has been open for just over a week now – and have to say, as much as I initially enjoyed the neck pour, this bottle really benefits from a bit of air in the bottle. I’d go as far as to say this is the clearest example of neck-pour I think I’ve experienced. I’ve seen early reviews of this bottling noticing the same sulphur notes that I got from the first pour, so this seems to be a feature of the bottling. After some air and time, those notes are much less dominant and the whole dram is more expressive.

Does this live up to the hype? First: despite my best efforts I’m afraid I still haven’t had a chance to try 2019’s re-charred oloroso bottling, so unfortunately I can’t make a comparison for you. But, secondly: it turns out that might not be a useful way to frame this release – because, despite the superficial maturation similarities, Glengyle aren’t trying to release this as a repeat of the 2019 bottle.
This isn’t the difficult second album trying to follow on the heels of the now fabled unicorn; this is just another in a series of interesting cask strength releases, each one its own effort. Standing on its own merits, this is very very enjoyable indeed.

This has a depth that doesn’t open up too easily so if you’re not spending time (and adding a dash of water) with this dram you’re probably not giving it it’s due. Likewise, again, don’t judge a book by its neck pour; the first impression of this bottle might verge on unapproachable with that sulphury moment.
It’s likely a good thing for Gelngyle that this was slated as part of the 8-year-old cask strength release schedule because any more time than that in contact with such active sherry wood might have pushed this past the point of no return.
I recall a dram of Clynelish I tasted recently at a digital tasting that was sulphuric to the point of tasting like some kind of volcanic run-off; there is every possibility an older version of this bottling might have headed in the same direction.
But thankfully that wasn’t the case. Though it presents initially with all the hallmarks of an over-cooked sherry monster, it has a huge amount to offer given the chance. For me, at eight years this is just right; delicious and complex. This just might deserve a little hype of its own.

Thanks to Jonathan Stephenson for these really thorough and enlightening notes! You can follow him on Twitter using the button below or check out his profile on Reddit! 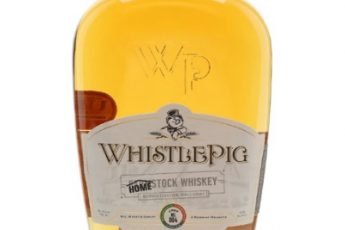 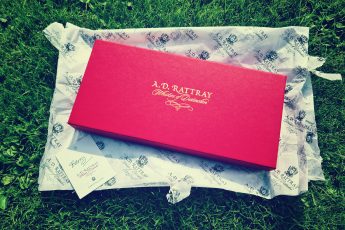