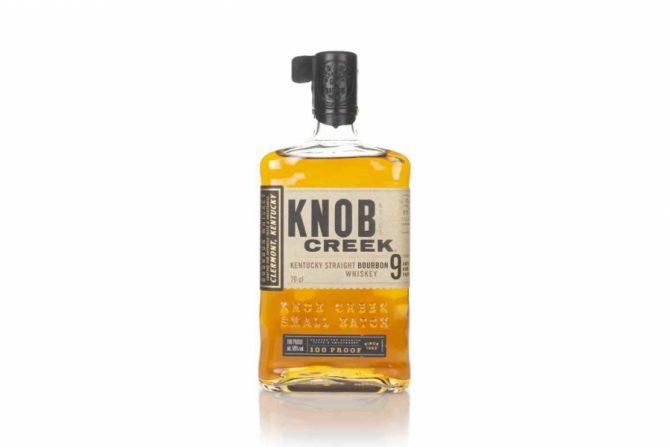 Knob Creek is a small batch bourbon from Jim Beam, traditionally distilled and aged for 9 nine years. It’s named after the area in Kentucky where Abraham Lincoln grew up, and a creek that nearly claimed his life while he was swimming.

Appearance: Vibrant autumn leaves. A tide mark is made up of many large beads and droplets. Plenty of thick legs form in the viscous film that envelopes the glass.

Nose: A decent ‘hit’ of ethanol, followed by quite a savoury mix of spices, corn and honey cereal. A cherry note is in the mix but not prominent yet. As the spice note develops there’s cinnamon and cracked black pepper. Buttered toast registers next, along with a light, almost perfume element.

Palate: A semi-viscous mouthfeel. White pepper and dark chocolate, then cinnamon, cherryade and liquorice. The ABV is carried well, it’s present but provides a nice warming hum, rather than overpowering the flavours. Boiled orange-flavoured sweets, some vanilla, honey and Christmas spices appear after the first few sips.

Finish: White pepper, chocolate and cinnamon-infused honey and vanilla linger for a medium amount of time. The liquorice flavour is fleeting, as is some blood orange bitterness.

Overall: It’s a pleasant bourbon and, for the price (£35) pretty good value. I’d not rush to buy a bottle but wouldn’t say no, if offered. 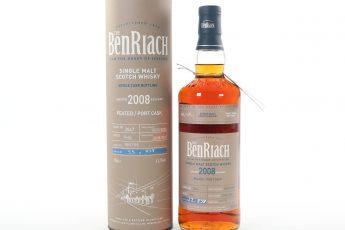 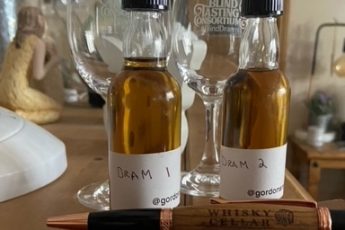