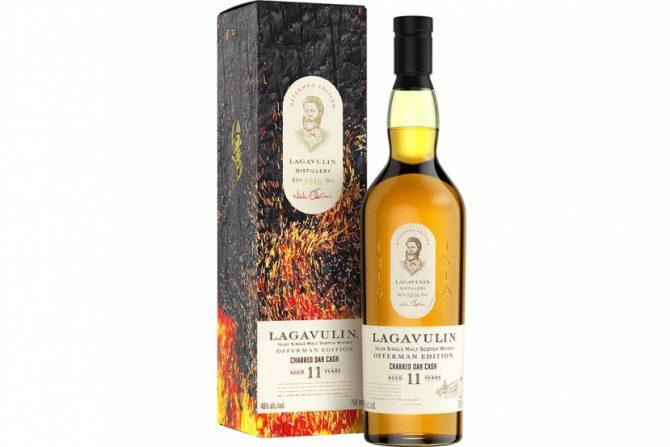 The third limited edition single malt Scotch whisky was created collaboratively by Offerman and Lagavulin. Charred Oak Cask has been fully matured in re-charred American and European oak butts, hogsheads, and barrels for a minimum of 11 years.

Appearance: Lager amber. A pleasing viscous film coats the glass, with a thick swirl mark.
Plenty of thick trails and teardrops encircle the inside of the glass. The swirl mark eventually starts to bead as little.

Nose: Lighter than I’d have imagined, like a lower ABV, 40-43% or that the nose is being very slightly diluted with spring water.
Light to medium smokiness, sea salt, seaweed, autumn leaves and an odd note that I’ve not experienced before. I want to say wet dog, but that sounds negative, and it’s not.

Palate: A semi-viscous mouthfeel. More power than the nose, quite deceptive in fact.
The first so it’s full of that smoke, caramelised BBQ steak fat, creme brulee, berries and orange.
A slight black pepperiness appears after the sweetness fades and tingles on the tongue.
It’s a very well-balanced palate too, the smoke plays off the sweeter notes beautifully.
There’s an ever-so-slight drying on the back of the tongue and in the throat, but it’s not offputting.

Finish: Any pepper notes die quickly. The sweet smoke, salinity and red berries linger for a medium to long amount of time.

Overall: The nose concerned me, but the palate is more than good enough to compensate for any shortcomings early on.
This one has a great balance between the smoke, sweetness and gentle pepper notes. It’s another very nice Offerman release. 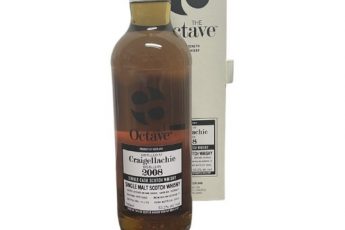 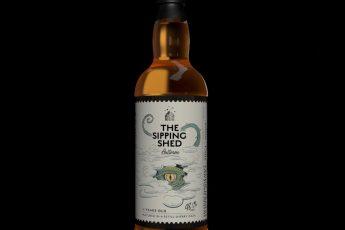