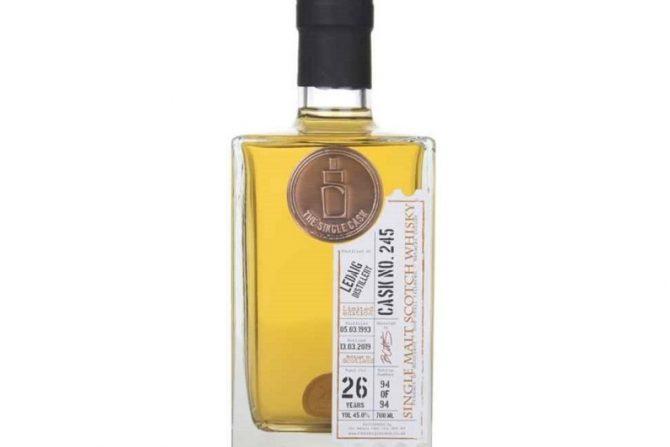 A rather old Ledaig single malt, brought to life at the Tobermory distillery way back on 5 March 1993. It’s seen over a quarter of a century of maturation in just one cask (number 245, for your information). Just eight days after its 26th birthday, this peaty whisky was bottled on 13 March 2019 by The Single Cask. At 45% ABV, only 94 limited edition bottles were released. An absolute cracker, this one.

Damp straw, a little darker than white wine in colour, it has a nice thick swirl line on my Copita and initially creates an all over the glass film, followed by several slow medium thick legs.

Initially I’m finding it a combination of herbaceous peat, with stoned fruits, peach slices and apricots, and some bitter lemon, and at 45% ABV it comes across higher.

Cream soda starts to come though with more time, with a botanical aroma. Light rose water and dunnage, with a slightly earthy tone are developing now, along with Virginia rolling tobacco, royal icing, and a balsa wood feel.

The mouthfeel is pretty good, and the peat is everywhere on the palate, along with tangy spices from a good possible 1st fill bourbon cask. I’m getting white pepper, loads of peat, green grapes, bitter lemon like the nose, greengages and unripe plums.

More time and the peat settles a little, letting black liquorice to come through, dates, mocha coffee, and even cola cubes. Flat dandelion and burdock, and cough syrup, mixed with cask char, and still the spices are there.

The finish is long, and those spices just go on and on and on, and it’s very much a continuation of the late palate. Perhaps espresso creeps in right at the end, and the spices are still here, though very slowly fading.

Fancy doing a whisky sample swap with a fellow whisky lover, and getting this 26 year old Single cask Ledaig, this is how i came to have a generous sample released by The Single Cask Independent whisky bottlers. I have been an advocate for Ledaig whisky from the Tobermory distillery over on Mull , as well as their Tobermory whisky, for some time, not all peated whisky comes from Islay after all. Iv’e been lucky to try a few from them now, both official distillery releases and independently bottled offerings.

For me so far they seem to far into two camps. Younger Ledaig’s can be hot and full of peat, not only peat, but other flavours fight to get through at times, quite regularly offering tropical fruits. Older Ledaig’s are more balanced, where the peat and other flavours are equal in strength, and this comes at a cost of course, but gives a better idea of what Ladaig whisky can fully offer.

This is the oldest Ledaig iv’e tasted so far, and the 2nd time iv’e enjoyed an older Ledaig type flavour profile, giving up more of a fruit spectrum with initial peat influx, and moving onto darker heavier flavours towards the end.

I have to say that in my opinion this is a super dram, for many reasons, and not really because of it’s age, but mainly because of what the cask has done to the spirit during this time, everything that’s happened in it’s 26 years has been positive, and coming it at around £200 it should have. If i had the funds i would have one of these in my whisky cupboard, and it’d be savoured.

A big thank you goes out to Jason – @jason85388511, a whisky friend over on Twitter, for this super sample. Please do give Jason along with us a follow on Twitter using the buttons below. 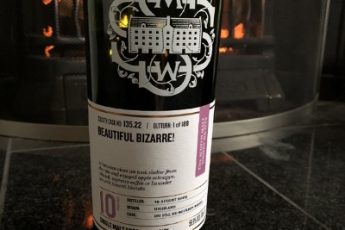 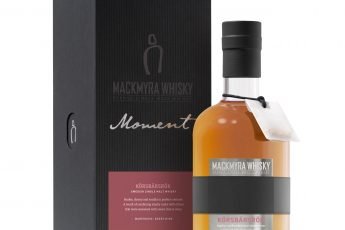