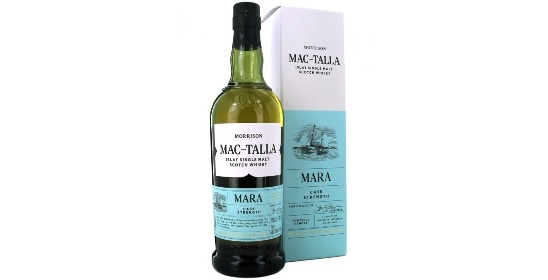 Mac-Talla Mara is an Islay single malt which is focused on the coastal deliciousness that you often find in whiskies from the famous Hebridean island. Though we don’t know which distillery on Islay this whisky came from, we do know that it was drawn from American oak casks, and bottled at cask strength by the Morrison family, which has long been involved with the world of Scotch whisky.

Light gold in colour, the medium thick swirl line beads up immediately and drops thick legs as well as thick syrupy teardrops that hang just below it.

Iv’e found occasionally that cask strength whisky can hold back aromas, almost creating a seal that they just can break through, sometimes needing a small drop of water to open up, this whisky is completely the opposite, it’s straight in your face, wow.

There’s lashings of peat about this, slightly medicinal with germoline, the BBQ meat thing is also big here, and yet in the background there are fruit notes, grapefruit, green apple skins, Victoria plums, lemon and it’s almost fizzy too, like sherbet.

The mouthfeel is thinner than I expected, and it’s immediately obvious that as well as loads of peat this whisky comes with a fair amount of spice initially too.

Smouldering dying ashy embers are stronger on the palate, rather than BBQ coals in full swing. On second sip the spices die away quite quickly, they are nice though, root ginger and cinnamon gobstoppers firstly. White pepper and chilli flakes, finish the spices. Faint fruit notes from the nose are here too, but the peat and spices hold them in check, and I’m getting a pinch of salt on the tip of my tongue.

Even more time and a real sweetness comes through, something like a sugary paste, and the spices are starting to ramp up, becoming quite chest warming. Grapefruit is back, pomelo, fried apricots, and new make red berries eventually. That salinity is among the strongest I’ve come across in a whisky, it’s something i personally really enjoy.

Bitter lemon with a little drying, cranberries,  cough syrup, molasses, and heading towards mocha style coffee, with some cask char to finish off. Long side of medium in length.

Well, this bottle of cask strength whisky from an undisclosed Islay distillery comes in at around £50, and i think it’s a great whisky experience for the money, especially if you love peated whisky. The peat level is full on, and continues to be right through the dram, it’s joined by a fair amount of spices that come and go during the development, overall it’s a slap around the face peated whisky, which new comers to whisky might find a little to much, i’d say it’s definitely aimed at the more experienced whisky drinker.

Thanks to Brian – @MaltMusings for the sample, Brian as well as ourselves can be followed on Twitter using the buttons below, Brian’s own blog can be found here, it’s well worth following and reading. 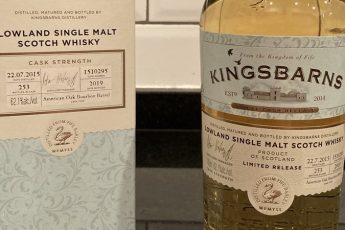 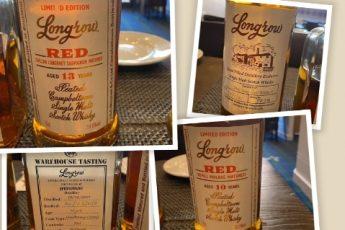