A new single cask release from indie bottlers, Little Brown Dog Spirits, Distilled in 1992 at the North British distillery and matured in a refill bourbon cask. Filled to bottle at cask strength, 48.7% vol with only 220 bottles being filled.

This dram is damp straw in colour, the swirl line is a mix of thick syrupy and beads. The legs are very thick and super slow dropping.

Initially the nose is a mixture of cream soda, black liquorice, dry grass and cherryade, and they blend together very nicely. A dustiness and lots of wood come in just afterwards.

More time and the nose mellows somewhat. That vanilla sweetness blends with botanical aromas, the wood reduces to wood wax, and straw with floral notes finish the nose.

First thing I notice is that the mouthfeel is rather nice, definitely becoming oily. There are spices here, but they aren’t screaming at me, warm vanilla custard and almost rye whisky deeper darker flavours. Dark berry strudel with custard.

The finish is medium long for me, and it still has those spices from the bulk of the palate. Bitter lemon and dark chocolate coated raisins with hazelnuts.

Iv’e been an advocate for Grain whisky for a while now, but iv’e come to notice a world of difference between grain whisky stored in old tired casks that would possibly have ended up in blended whisky, and distilleries taking an artisanal to crafting it.

I found this bottling rather good also, knowing how poor some old grain whiskies can be, and the prices charged for them these days. Little Brown Dog spirits have bottled a Single Grain whisky that in my opinion ticks the boxes very nicey, it’s one i’d be happy to own.

A big thank you goes out to my whisky friend Geoff, who very kindly sent a generous sample of this whisky out to me. Geoff can be followed on twitter using the buttons below, as well as other relevant parties, including us. 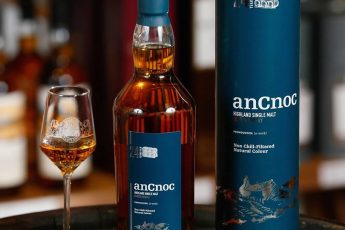 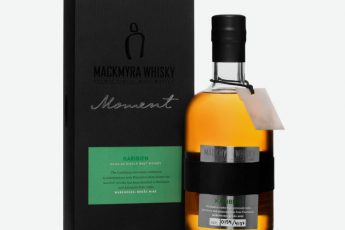