In 1910, a fire at Old Forester caused its bottling line to shut down. Mature bourbon that was ready for bottling needed to be stored elsewhere until the bottling line was fixed. So Old Forester placed it in a second barrel.
The whiskey that emerged was considered remarkable enough to become an entirely new expression – ‘Old Fine Whisky’.
To recreate that bottling, mature bourbon is aged in a second new barrel. It also enters at 50% ABV which is much lower than the 125 proof maximum for the bourbon category. It’s bottled at 46.5% ABV.

Appearance: Noticeably darker in colour than the 1870 and 1897. Mahogony with an oozy film-forming and corrugating into many thick legs. Looks lovely!

Nose: A decent ABV hum going on. Initial sweetness is quickly overcome by oak notes and dusty cellar aromas (not a bad thing). There’s also quite a flat dull aroma layer, the only thing I can think of to describe it is a kitchen countertop!

Palate: Not quite as buttery smooth as the 1897 but still has a decent viscosity. A nutty sweetness and strawberry note emerge first, followed by the more familiar caramel, oak and vanilla. This one’s nice too.
That cherry note is more evident on the palate the nose for me. Again, a tad drying but nothing offputting. Some nice Xmas spices showing up too: cinnamon, clove & nutmeg. A touch of pine freshness and toffee/caramel.
Getting wet soil and vanilla yoghurt now.

Finish: Medium. Drying again with the vanilla yoghurt, pine, strawberry and cherry, a touch of black pepper and toffee

Overall: On a par with the 1897 for me. Plenty to explore and a nice balance of interesting flavours. 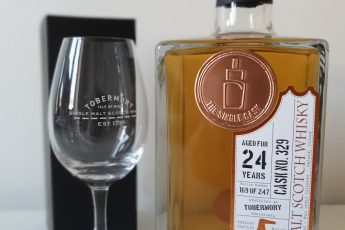 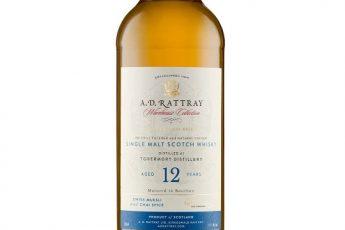