Aged in charred oak barrels for 10 years. Made with a mashbill that incorporates a high portion of wheat.

Appearance: Tizer orange, lager. A nice thick film forms on the glass, along with many thick oozy legs. The substantial swirl mark quickly morphed into teardrops.

Nose: A decent heady ABV. Heaps of caramel, vanilla and cinnamon. There’s also a pine needle coolness, bordering on spearmint.
When agitated a sweeter confectionary element materialises, which is a very welcomed surprise. Icing sugar-coated foam sweets.
There’s an undercurrent of oak too, wood spice and a slightly ‘dry’ aroma.

Palate: Not a particularly viscous mouthfeel, but not thin either.
The first flavour that hits is strong earth and vegetation, followed swiftly by a spice heat in the chest.
Cinnamon, vanilla and black pepper appear from the second sip, still veiled on that soil-like now though.
A harsh astringency also makes itself known on the palate, metallic and coin-like.

Finish: Medium to long. The pepper and vanilla last longest and that heat in the chest also lingers for an age. The finish is actually the most pleasing part of this dram. It’s sweeter and less harsh than the palate.
Not one I’d seek out in afraid, it’s too unrefined and harsh. I just didn’t get on with it at all. 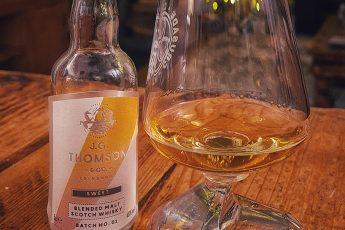 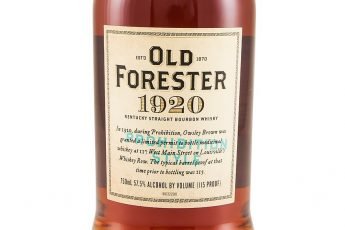