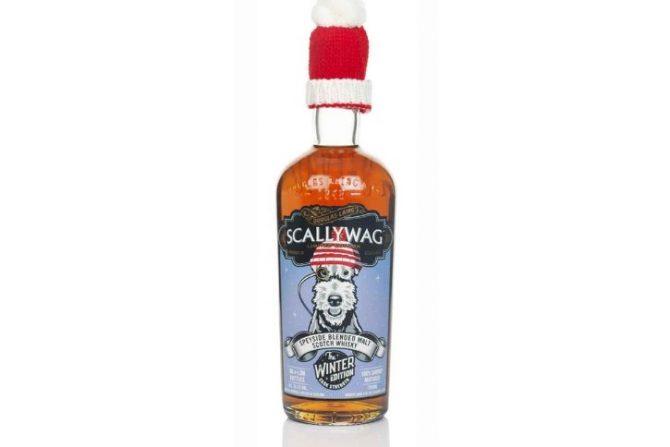 It’s a wonderful Winter Edition of Douglas Laing’s Scallywag blended malt Scotch whisky! This expression is all about the brilliant whiskies of Speyside, all matured in sherry casks, and it’s been bottled up at a warming 53.1% ABV, so expect plenty of dried fruit, milk chocolate, honey, and vanilla-rich barley notes here. Also, the bottle has a little woolly hat, and we think that’s wonderful.

This dram is heading into chestnut territory where colour is concerned. The swirl line is pretty thick, and it only drops a handful of nice thick legs.

Wow, it’s a monster on the nostrils. The ABV seems higher in all honesty, it’s big, bold, and punchy, Mike Tyson style. Initially it’s earthy, with chocolate, and plenty of aromas from the back of a painter and decorators van. There is a sweetness in the background, it’s kind of teasing me to be honest. Then I’m back in the woods smelling an unlit cigar, and eating an Eccles cake.

More time and the ABV does recess a little, and I’m getting cola cubes, molasses, and figs. There is definitely a dunnage thing going on, and some botanicals, like florals on steroids. Oddly, but rather wonderfully, that sweetness has developed, and I’m thinking of lemonade ice lollies in the height of summer.

The mouthfeel is nice, quite oily to be honest, and those dark heavier notes are all here with lashings of spices. There’s loads of really stewed dark fruits here, along with some gunpowder. Heavily toasted tea cakes, espresso coffee, black treacle, along with some drying.

This whisky had been sent to me for Christmas 2021 by Anthony and Nicky of New Dram Drinker fame, as i’m a CO. It’s a sample that i just never got around to trying until now. I did consider not doing tasting notes for it, but it seems it’s still available, i didn’t need asking twice.

From the off this is a rip roaring dram, an absolutely full on sherry cask blended malt whisky. I certainly wouldn’t have been able to tell it isn’t a single malt, it’s been put together very well. Big on the nose, big on the palate too, robust, rounded and full on, and only a touch under £46, it’s a lot of aromas and flavours for the money. If your’e in for a sherry cask style whisky that’s full on, without the “single malt” label, for a very good price, this could be for you, i’d certainly have a bottle in my whisky cupboard. 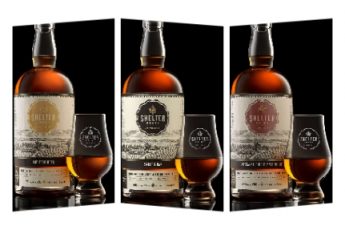 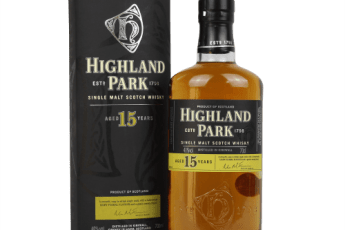