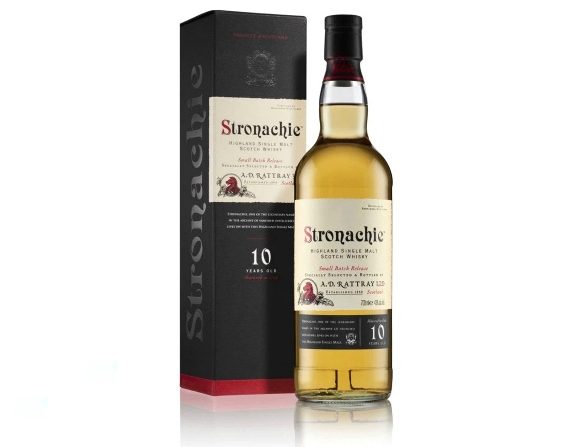 Distilled at the Benrinnes distillery, and independently bottled by A.D.Rattray.

Stronachie was the name of a Highland distillery active between the 1890s and 1928. The Scottish agents for the whisky, A.D. Rattray, have launched a range using whisky from Benrinnes distillery, priced around £33.

Lemon yellow in colour, with a medium thick swirl line on my copita glass, with a combination of quick thin legs and syrupy thick legs.

Initially it’s fizzy up my nostrils, with lots of dried cut grass, meadow flowers, and cereals like weetabix. Gradually black cherries are coming through, with bitter lemon, guava and raw linseed like new cricket bat treatment.

Vanilla crown pastries, with a light dusting of caster sugar arrive with more time, which do slowly develop into chocolate coated raisins. There is some red fruit in here too, perhaps red apple skin, but it’s teasing me at the moment.

The mouthfeel isn’t too bad for the ABV, and it’s quite spicy on first taste. Lemon is big here, sweet and bitter styles, and white pepper comes in to reinforce the bitter lemon spiciness.

More tropical fruits come through with more time in the glass, I’m thinking guava and mango. The spices are still hanging around nicely, and grapefruit pith is now surfacing, with chill chocolate, blood orange zest, some dunnage, and finally mocha coffee.

The finish is medium in length in general, though the spices do linger longer, and I’d say it’s chocolate orange, cranberries and dark cherries until it fades.

Keeping the name of a long since disappeared distillery that was situated in the Highlands of Scotland, and coming in at around £33 a bottle with whisky distilled at the Benrinnes distillery, i was intrigued. Iv’e tasted a few indie bottled Benrinnes’s now and have come to really enjoy this generally softer whisky.

I enjoyed the development of this dram. It started off quite light, floral and dried grass, waiting longer it afforded me tropical fruits, and waiting even longer it finally reached darker flavours, though this did take a while.

I have to say that for £33 i think it’s a delightful Ex – Bourbon cask matured whisky, your’e not going to sit with it for hours pulling it apart, but it’s no one trick pony either. I’d say it definitely has it’s place as a sipper, when you just fancy a whisky but don’t want to pour one of your “big” drams. I wouldn’t say no to a bottle in my whisky cupboard. 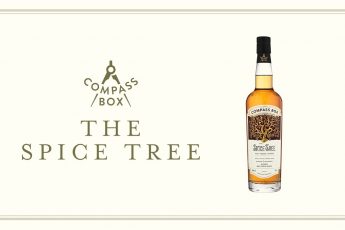 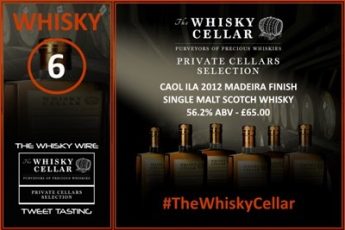