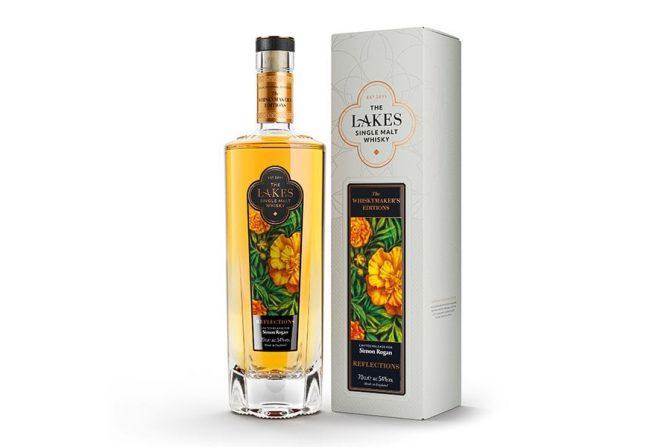 Released in collaboration with Simon Rogan, owner of Lake District restaurants including three Michelin-starred L’Enclume, Rogan & Co and Henrock, along with destinations in London and Hong Kong. Reflections is a limited-edition single malt whisky to celebrate the group’s past accomplishments, present triumphs, and the endless possibilities that lie ahead.

Released on 23 September at 54% ABV, every bottle is non-chill filtered, natural in colour, and available to enjoy in Simon Rogan’s restaurants, at LakesDistillery.com, and as part of November’s Home by Simon Rogan menu.

Nose: A pleasing ABV balance greets the nose first. A funky musty bowl of over-ripe fruits accompanied by a subtle bitter-sweet wisp of smouldering woods/dying ashes (possibly flat pack furniture?).
After a while, the sweetness develops into more confectionary icing sugar. BBQ’d orange peel, vanilla and pastry. The dark fruits, now stewed, along with the emergence of butter toffee.
I’m not sure I get the pumpkin spice, but it does smell Autumnal for sure.

Palate: A decent semi-viscous mouthfeel, richness and depth, with a blast of white pepper and cinnamon. A honey cereal/wheat biscuit element, reminiscent of a certain port cask Irish whiskey, is also present, which is a welcomed balance to that spice heat.
Orchard fruits, especially red apple (bobbing maybe!) and plum, clove-studded orange and slight astringency.
The more you sip, the more honey sweet and buttery it becomes, which is the mark of a great whisky as it leaves you wanting more every time.

Overall: An English whisky with lots of funk and spice. Loads going on and nothing is offputting at all. I can’t find any cask information at all, which is unusual, but whatever this was matured in worked well and has a great balance.
All in all, a very pleasant dram Indeed. As Mick said in his notes, we’ve tried quite a few whiskies from Lakes and all have been good drams. I like what they do and always look forward to new releases. 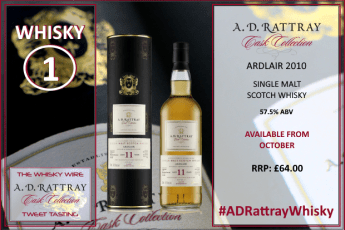 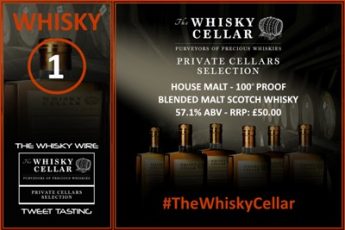