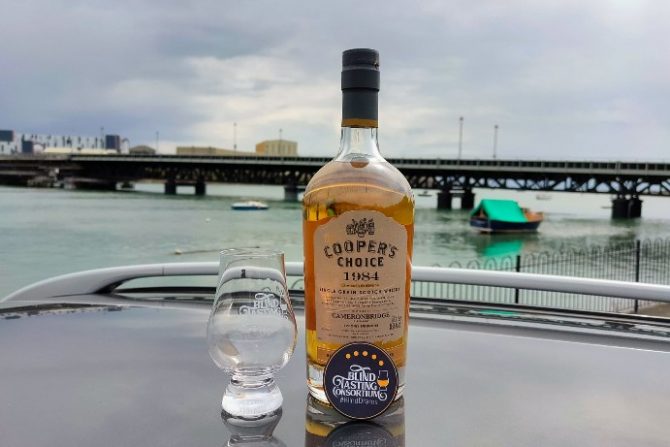 Light gold in colour, it beads up on the swirl line, and has medium thick legs.

Cereals and grains initially, custard cream biscuits are all over it, and flapjack. Spring water as recently noted by @whiskeychap during another tasting is also here.

Custard Creams is a good note!#BlindDrams

There was little burn as this one went down, quite young i reckon (sooooo wrong). Cereals and grains again, juniper again, with furniture polish, cream soda, perhaps apricots or peaches, some vanilla and honey.

Towards the end of the palate i’m getting tree sap, guava, pomelo and old style shoe polish. I’m going to add more juniper/conifers too.

You been in the garage with a pencil behind your ear again? #BlindDrams

I am quite annoyed that iv’e tasted younger Grain whiskies that have much more flavour than this bottle, at 35 years old i would have expected much more flavour, and i suspect the cask could have been an under active one. Saying that, i quite liked this blind sample, there are some good notes in it, but it isn’t a complex dram, it’s more of a sipper or mixer in my opinion.

At the asking price of around £140 – £150? No, it would already be over my whisky budget, and there’s not enough in it for me. If i found a bottle heavily reduced in price i would consider it though. I gave this dram 3 out of 5 on the evening, joint first place as it turned out.

Thanks to – @MaltMusings for the bottle pictures, and @jwbassman for the “A dram too far” picture, follow both below on Twitter. 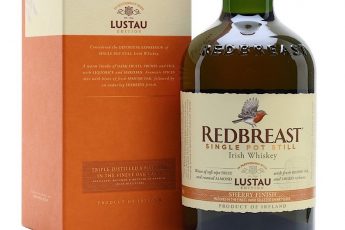 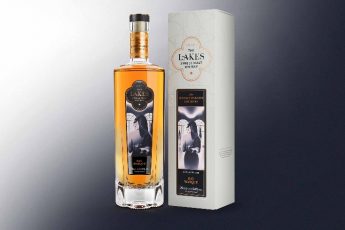