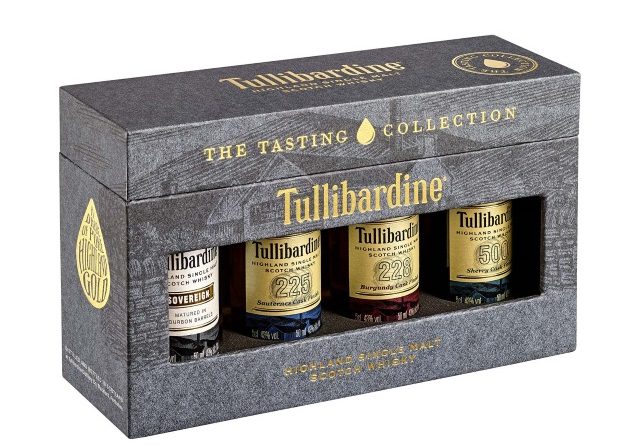 Tullibardine distillery dates back to the 15th century, when a young king James, iv of Scotland, stopped by before his coronation to purchase beer from the local brewery. The brewery was converted into the Tullibardine distillery in 1947.
The water comes from the surrounding Ochil Hills, drawn from the Danny burn. Formed here over 400 million years ago with layers of basalt and red sandstone. These hills are well known for the gold that was once mined from them.

They are one of the few distilleries in Scotland to distil, mature and bottle all on-site, giving them complete control over the process.

Palate: On the Palate the Sovereign isn’t as oily as I’d like, but it’s not watery either. Quite a spicy delivery. There’s honey, medium chilli heat, lemon as well. The palate is a tad too harsh for my liking. Reminds my of when I first tried whisky, a bit metallicy.

Finish: The finish is medium, quite spicy and metallic, with that lemon note lingering #thewhiskeychaps

Overall: Not for me, I just don’t enjoy the flavour combinations. The nose was good, the palate not so

Nose: On the nose, the Sauternes is deeper and richer, which is lovely. A nice sweetness, just smells like it has a bit more quality about it. Apples again, this time candied, maybe toffee apple. Icing sugar and bag of sweets.
Getting the slight smoke, not peat for me, more like smoking meat.

This one has a decent ethanol ‘tap’ (not hit) too, it’s good. Just got a whiff of lighter, brighter red berry, raspberry maybe, then it was gone!
There’s a really nice edge to it, not the main aroma(s), but there’s something.
I can tell when I like a nose of a whisky by the number of descriptors I make a note of. This one had a fair few!

Palate: Again, the delivery to the palate isn’t quite as oily as I’d like, or expect from the appearance.
Quite a sweet and honey forward palate, with some spice warming nicely without being overpowering (like it did with the Sovereign), a good balance.
Black coffee and treacle maybe?! There’s a bitterness too, like high % chocolate. This is more my type of palate, that’s for sure. I think it’s pretty good for the price point (about £40).

Finish: The finish has a sharp note, with the more mellow honey and chocolate bitterness underneath.

Appearance: Appearance: Very similar in colour to the 225, maybe a touch more amber. Dark honey, almost syrup. Not as oily in appearance as the previous 2, thin legs.

Nose: Another deep and rich nose. This time more of the wood going on.
Oaky, varnish and natural polish. I’m in a hotel lounge again. This has the best balance of the bunch so far tonight.
It’s a very pleasant mix of wood, spice and sweeter notes, nothing overpowering the others, all working together.
Cola cubes, orange juice, sharpness of red fruits (raspberries), maybe even gooseberries!?

Reminiscent in some ways to Kilkerran 8 and Longrow Reds.

Palate: Spice forward with a metallic twang. Like drinking water from a metal cup. There are richer notes too though. Plum and blackberry, covered in white pepper. Maple cured bacon.
I get an almost stinging on the tongue though????? When held in the mouth, there’s petrichor (I learned that word last month!)

Finish: The finish is slightly spicy with stoned fruits in the background. Medium to long.

Overall: I would happily sip this of an evening, but, again, probably wouldn’t buy a bottle

Nose: This one definitely has more bite on the nose, which I like! Same ABV but has more about it. Good depth of flavour, deep aromas of stewed fruits and a buttery side too. Fruit pie and custard springs to mind. I get some sweet smoke on the nose with this one too. Like someones gently heating Tizer soaked wood weirdly.
I like this nose, it’s a light sweetness and smokiness. Approachable #thewhiskeychaps

Palate: On the palate, its watery viscosity, also tastes as if I’ve already cut it with a dash. Dulled flavours all around, there are dried fruits, honey, icing sugar and orange peel. But all subdued and diluted.

Overall: Not for me, nothing about it, unfortunately. Feels watered down and subdued. Maybe a CS version would help as it has the right flavour combination, just not enough of it!

Nose: There’s a lot going on with this nose. Sweet, nutty, earthy. It’s all there. Just got a strong aromas of deep sweet red wine. Very nice indeed. It’s got just the right amount of ethanol too. A bite,wthout being overbearing #thewhiskeychaps

Palate: So much better (although still that sense of wateriness). Spicy, dark fruit sweetness, chocolate and red berries. The extra ABV is what’s needed definitely. This I would buy a bottle of.

Finish: Long, sweet and intense, love it. Luxurious and a testiment to what this whisky could be!

Overall: This release shows that the standard expressions just all taste like they could be so much more. I think it’s the ABV holding them back. I’m not sure it’s even the age.
The flavours are there, just need a boost of ABV! This is so far from the other 4 that it’s almost indistinguishable. Properly great dram.

Overall I wasn’t a fan of any of the standard expressions from Tullibardine. They all seemed to be lacking in flavour and depth. The Whisky Broker release really did show just how good this whisky can be though if they just dialled it up a bit! 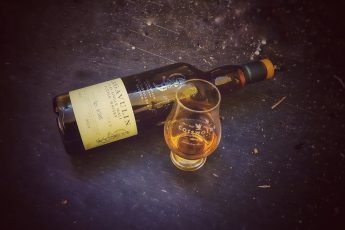 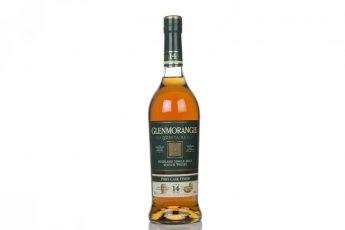