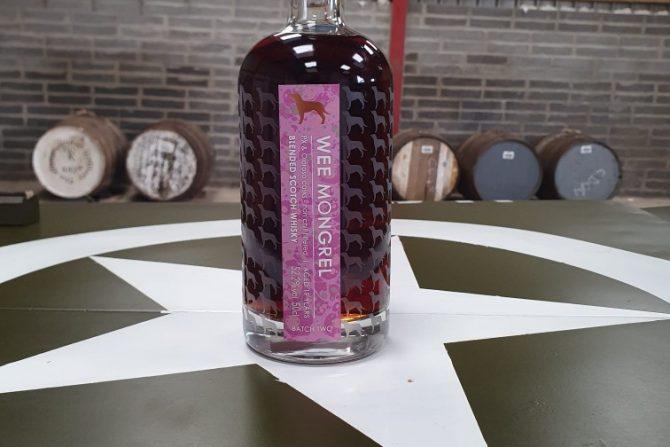 In terms of sequels, this is a Godfather 2 level of sequel. Even by our poor standards of timelines this is our most delayed release yet, but after the popularity of Batch One we knew it would be a tough act to follow and so had to get the whisky just right.

Aged for over 19 years, this blended Scotch spent the first 18 years in an Oloroso sherry butt, then was split into two fresh Pedro Ximinez hogsheads for another 9 months to make this the richest, juiciest Wee Mongrel yet.

Natural colour, non-chill filtered and just the teensiest smidge under cask strength so that we could get the labels printed before bottling and reduce any further delays.

Mmmmmm, this is a dirty dram, heavy sherried dark fruit aromas, wood oils, flat cola sweetness in the mix, and just for @BertSmedley some hard royal icing too. Fisherman’s friends and a touch of sulphur, and aromatic wood, it’s filthy

Cap gun caps, and the smell of a struck match, and lots of juicy stewed dark fruits, there is also a delicate floral aroma too if you wait. #thewhiskeychaps

I have to say the swirl line is very thick now it’s been around the glass a bit. #thewhiskeychaps

Yes the palate is as dirty as the nose, many of the whisky folk we know on here got this bottle, and as more experienced whisky lovers I think this’ll go down a storm. It’s oily in flavour, lashings of dark fruits, figs, dates, and raisins. #thewhiskeychaps

Long side of medium in length, and it’s very much a chest warming dram, especially on a cold winters evening. It’s a continuation of the bulk of the palate, perhaps some espresso coffee and/or tannins coming through, i think it’s a Sherry cask monster. #thewhiskeychaps

Boy was this release eagerly anticipated by whisky folk on social media, and it sold rather well too. It had a rather big job to do as batch #1 was very good and extremely well received. This release is a whole different beast, i found it to be a big dirty whisky. The years spend in mainly in ex Oloroso sherry casks then finished in ex PX casks has imparted so much aroma and flavour wise. Bold and rounded with lots of depth would be good descriptors for me.

I’m sure many more experienced whiskey drinkers who’ve been eagerly awaiting it’s release will really enjoy it, it ticks a lot of boxes. At £55 i think it’s a really good release, 19 year old whisky, natural coloured and non chill filtered and just under natural cask strength, for is a great deal in my humble opinion, in fact i think it’s a steal. Batch #3 has a task on its hands that’s for sure.

A big thank you goes out to Andrew from Little Brown Dog spirits who joined us on the tasting that this whisky was a part of. 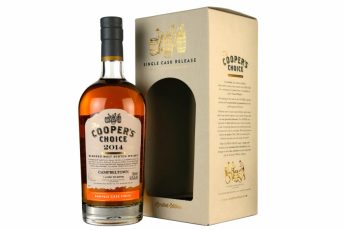 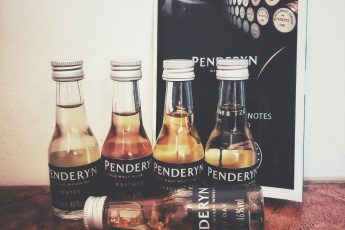