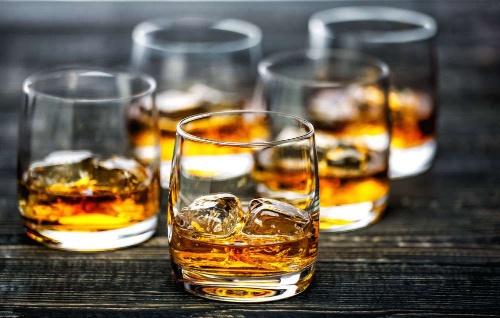 This was our thirteenth Whiskey Chaps blind tasting, in which @uk_whisky (there is a link to follow Peter on Twitter at the bottom of the page) became our thirteenth volunteer to send us three blind whisk(e)y samples to nose and taste, and to see if we could guess anything about each of them, in return we send samples back. This tasting was the first where we had a guest join us on the sampling side of the table, @LLBlender – Michael Henry, Master Blender for Loch Lomond, Glen Scotia and Littlemill very kindly joined us.

Quite confectionery this dram, nice and sweet, a little dusty, starburst, mango, guava, not lots of wood atm, with a faint meaty note lingering around.

Fermented tropical fruits, touch of spearmint, a slight herbal note too. I’m leaning towards a rum cask for some reason #thewhiskeychaps

Dram 1 finish – getting that overripe fruit note from the nose, taste and now coming through into the finish. The finish itself is short, dry finish #thewhiskeychaps

We all have bottlings of whisk(e)y that interest us, for one of many many reasons, and this is one that excites me. I do recall chatting with Peter about this bottle when he acquired it, and when he revealed what it was i had a massive smile on my face (thanks Peter). Considering this was released in the early 1980’s it was still remarkably fresh, and like @whiskeychap i guessed at 46% ABV, it definitely came across higher than the 40% ABV that it is. The range of aromas and flavours are wider than i expected, and once it’d been revealed i personally felt rather spoilt. I’d love to have a bottle in my whisky cupboard, to me it’s a piece of whisky history, though i’m sure many others wouldn’t feel quite the same way.

Higher ABV this time, and it’s a meaty botanical mix up for me atm. Cereals and grains, the evergreen boughs thing I get, a little gin-ish, and becoming more Smokey.

Dram 2 nose: Slight smoke again, this time more of a BBQ style though. Some salinity too #thewhiskeychaps

Got to highlight this. Nowhere on the label does it say peated. I can’t find any info on it being peated. However, nearly everyone who has tried it think’s it may well be!@StillSurreal @LLBlender @whiskeychap #thewhiskeychaps https://t.co/yBsPaGrTfQ

Quite long, a real fruity peated palate and finish, Red berries, a little drying, nice warming spices but not Sherry spices, and a decent dollop of peat too, yummy.

Well this caught us all out, an aged grain whisky that i’d have gambled on being a single malt, and it was definitely smokey/peaty too, but a search by Peter couldn’t confirm it at all.

yes orange gold here, a thinner swirl line that beads up immediately and creates an all over film followed by very small teardrops.

For me there is no doubt that certain bottles of whisk(e)y do leave a mark in the memory as sensual masterpieces, everything taken into account some really do leave a lasting impression. This is the case with the Port Charlotte Valinch, for me, it is in my mind a distillation and maturation version of the Statue of David, all round perfection, no blemishes, no flaws, just perfect. It is true to say that iv’e grown a real affection for the modern Port Charlotte releases from Bruichladdich, iv’e enjoyed all iv’e tried so far, though i did taste one that was a real slow burner that got there after waiting quite some time for it to open up. It’s an absolute banger in my opinion, and a bottle i’d always have handy, if only i could get them.

Well it’s been another fantastic blind tasting, made so by 3 fantastic whiskies chosen by Peter, and having a guest on the tasting side of the table in the form of Michael Henry was a real treat for us, we will try to arrange another guest sometime in the future.

Our next blind tasting will be with Damian – @newdramrising on the 3rd of February, that’s going to be another great evening. 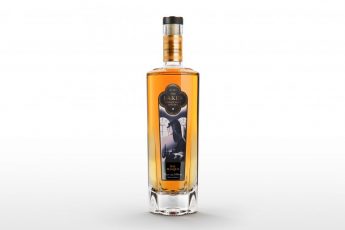 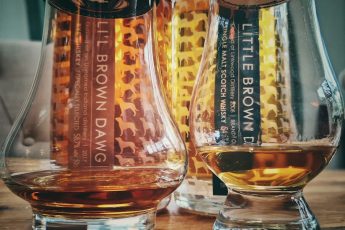