This was our ninth Whiskey Chaps blind tasting, in which @sirdeco (there is a link to follow Declan on Twitter at the bottom of the page) became our eighth volunteer to send us three blind whisk(e)y samples to nose and taste, and to see if we could guess anything about each of them, in return we send samples back.

Mid gold in colour, the swirl line beads up immediately. The whole glass gets a coating before eventually settling into medium thick legs and teardrops.

We have a winner!!!! #thewhiskeychaps pic.twitter.com/lVDxWCgDRv

We tasted this just after it was released, @whiskeychap bought a bottle, and i enjoyed as much this time as i had the first time. It’s a belter everytime for me, soooo spicy with a super ABV. I’d definitely have a bottle.

More fruit with this one, and an unusual note in it also, one iv’e come across but not often. Round green/red boiled apple sweets, balsa wood, woodland here too. I’m adding cream soda, grains and cereals, almost pastry like, and slowly becoming more jammy.

Nice mouthfeel, lots of vanilla, white pepper, green grapes, pomello, not as strong as grapefruit though.

Long side of medium, becoming quite spicy tbh. It’s more of the palate flavours with some cocoa and chocolate added, it’s rather nice.

So, Cooley distilled for 19 years in bourbon casks…recasked in red wine barrels from Mallorcan winery Anima Negra… hope you enjoyed this tricky one!! #thewhiskeychaps pic.twitter.com/4bFKq2Z0M3

I struggled a little to match the blind sample with what it was after the reveal. I didn’t expect it to be this aged either, though in this current whisk(e)y landscape age is a difficult thing to guess. Iv’e been wanting to try a Celtic cask bottling in all honesty, and i’m really pleased i have, i enjoyed this whiskey too. As to whether i’d buy one, i would but only if it was reduced, it’s a price i can’t generally go to.

Deep amber in colour here, and the syrupy swirl line breaks up immediately into small teardrops and medium thick legs.

Nice mouthfeel, and lots of dark fruits for me, sherry soaked dark fruits for a christmas pudding, it’s quite a spice bomb tbh. Cloves, dates, figs,raisins. This is sooooo spicy now, ginger root, hot cinnamon, anise, black peppercorns, char, espresso, a touch of salt on the lips too for me.

Long on length, almost hot with the spice, and the flavours are a continuation of the palate to be honest.

So I stuck with what I know (or think I know!) all night, Irish whiskey… the final drams is from @Boanndistillery (just down the road from me!) and one of my favs… #thewhiskeychaps pic.twitter.com/uEZIpfWJHl

This is also a whiskey iv’e wanted to try, and there’s so much flavour in it, and if you like a dirty sherry bomb this could well be a dram form you. I really enjoyed it, and i’d buy a bottle too.

Well we’ve been spoilt with 3 great whiskeys from Declan, 2 of which i was well aware of and wanted to try. The quality of drams sent in by volunteers has been so high, and i can’t thank everyone enough.

There are many more Tweets from this tasting, including our guesses, than i can list here, if you’d like to read more of them check out #thewhiskeychaps through Tweetdeck, and look for tweets of mine that have BT9 in them, and other tweets from around them in the Tweetdeck timeline.

Our next blind tasting will be with Nick – @AyeWhisky, on the 9th of September, that’s going to be another great evening. 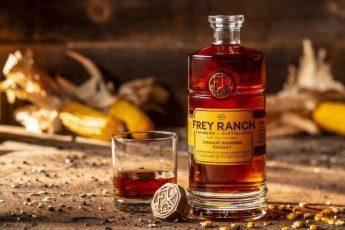 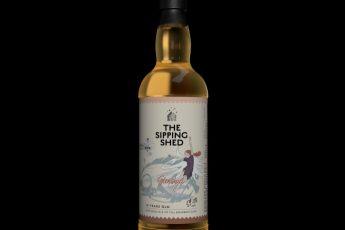