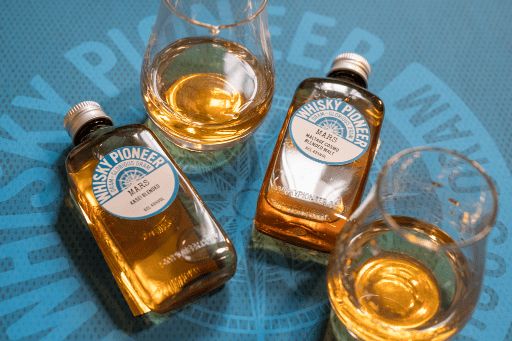 In Japan a whisky highball is an extremely popular drink. We have included a second whisky for you to experience this part of Japanese drinking culture. Two ingredients are required, 1/4 whisky and 3/4 mixer, which are chilled in advance. Soda water is usually used, but if that’s not for you ginger ale is a good alternative.

Kasei, which means Mars in Japanese, is a blend of ten whiskies – including a Japanese single malt from the Mars Shinshu Distillery, the same undisclosed Scotch malt whiskies used in Mars Maltage Cosmo, grain whisky and granite-filtered spring water from Mount Kiso.

Light to mid gold in colour, it has a decent thick swirl line and slow medium thick legs.

We have light red berries with apricots, vanilla, a touch of menthol, and a little meatiness initially.

We have a confectionery/fruity dram here, I can see why it’d suit mixing, I happen to really enjoy confectionery drams though, and with the new American oak spice kick it’s actually rather nice.

For me it’s a mouthful of starburst sweets, tutti fritti’s, skittles, irn bru, with a touch of grapefruit sourness, cranberries, cardamom, anise and guava.

Biscuits with bits of raisin in, tea cakes, cherry scones and a touch of cream soda finish off the bulk of the palate.

Medium long, still a little spicy, still very fruity. I have to say I rather like this as is, reminds me of a fav, the Strathisla 12. Gentle mocha flavours slowly arrive, and milk chocolate coated raisins, and it slowly fades away.

Has a whisky ever surprised you? Even though i try to remain totally impartial when tasting a whisky i’m going to review, i can’t help having a feeling about it with the info provided, ie cask types, age, etc. Well this one caught me out.

Even though this is marketed as a mixing whisky, it happens to fall into my favourite whisky flavour profile, and for me it’s ideal as is. It is 40% ABV, so no mind blowing whisky, but for me it’s better than it’s promoted as, i’d very happily have a bottle as a sipper when you fancy a dram but don’t particularly wan’t to sit analysing it.

Named after an iconic mountain within the Japanese Alps near the Mars Shinshu Distillery, Cosmo is a vatting of Japanese single malt whisky created at both this distillery and undisclosed Scotch whiskies, that is rested in casks at the distillery after blending to marry the flavours and create their blended malt style, which has a heavy emphasis on the aroma.

The rise in popularity of Japanese whisky in recent years after the reduction in production volumes in the nineties led to a shortage of supply and the need for imports to supplement their own levels. This means the use of Scotch and other world whiskies is widespread in Japanese whisky, however without this Japanese whiskies would be inaccessible, both in terms of scarcity and price.

A shade darker than mid Gold in colour with a lovely thick swirl line and slow medium legs.

Another confectionery and fruited nose initially with a sherbet like twist. Raspberries and cherries, swizzle sticks, cherry flapjacks, and the extra 3% ABV is quite evident on the nose too.

Sweet cream soda vanilla then sweeps through, with a touch of meatiness and menthol also, and linseed oil, and still the starburst fruits push their way through.

Decent mouthfeel, and for an instant the whisky gives off a chilled cool feeling. Then we’re moving onto a warming spiciness with stoned fruits, lemon bon bons, pineapple cubes, icing sugar, and white pepper.

As it develops the spices ramp up with stewed dark fruits, ginger, cardamoms and cinnamon, and a little sourness with grapefruits and pomelo teasing from the wings.

Heading towards the finish and it’s hazelnuts, dark chocolate, some cask char, orange rind, cranberries and a faint drying with chilli’s.

Remaining spicy, with ginger root, black liquorice, liquorice torpedo sweets, still getting grapefruit, and I’ll say it’s long side of medium in length for me, with a salinity from my drying lips. Eventually I get ginger spiced honey and cough sweets. The spices linger on for a good while to be honest.

This offering develops very nicely, from sweet, through spiciness and onto darker almost sour flavours, i can’t say i’m surprised considering the cask types used to create it. I think it’s been done rather well, and i applaud the transparency that comes with both of these drams. Yes it’s another i’d gladly have in my whisky cupboard.

Top two images are courtesy of the Whisky Pioneer, who’s website can be found here, and followed on Twitter there ⬇. 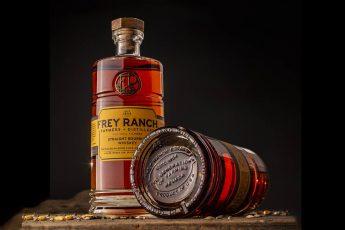 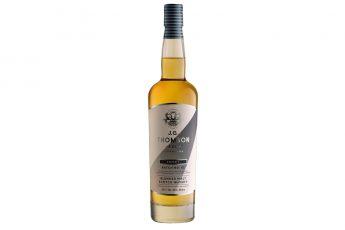